×
Paul.
meet.
"Mushroom Magician"
Mould has saved us once, and could do so again. Paul Stamets knows this more than any. The godfather of fungi, his three decades in mycology trace a search that dates back 650 million years (Paul loves to deadpan that fungi are “our ancestors”). Fungi are world-builders, and Paul’s life has been devoted to their architecture. Most of these worlds lie beneath our feet, housed in what Paul lovingly described to Semaine via Zoom as “libraries of microdiversity.” Climate change, and the spectre of COVID-19, drove more interest than ever to Paul’s cause; he’s said before he’s “saving the world, one hypha at a time.” (Hyphae are the long, branching filaments that make up the mycelium; the airy, vegetative string of fungus).
“One sometimes finds what one is not looking for,” Alexander Fleming told of his accidental discovery of the life-saving mould that became penicillin. Paul, then, as perhaps the world’s most famous mycologist has had a life of happy discovery. Renowned for his TED talk, 6 Ways Mushrooms Can Save the World, he calls mushrooms “miniature pharmaceutical factories.” “We’re the greatest walking catastrophe on this planet,” Paul told Semaine, “I believe mycelium is aware of our presence. When we walk through the ecosystem we are resonating on these networks. If you walk through the woods and you break a stick, after you walk by, the mycelium reaches up to grab those new nutrients.  The mycelium rises up and follows our path. Mycelium is chasing after us.” It’s a science that may yet transform us. The many tendrils of the health industry act like fungi themselves; branching into sources unknown to turn them into a form of nourishment. Wellness and mycology are natural bedfellows; we humans, after all, share half of our DNA in common with mushrooms. This was the premise for Fantastic Fungi (tagline: the magic beneath us) the 2019 documentary premised on Paul’s book of the same name. But are these fungi truly fantastic, or just fantastical? “There are numerous fungi that support immunity. The most well-studied is turkey tail. Reishi is a very popular mushroom, with its properties for enhancing immune-readiness.” Paul insists: “Everyone must do a spiritual dose of psilocybin mushrooms: the answer to this question will then become obvious and resident within the shared body-intellect of us all. ”
A John Hopkins study using high volumes of psilocybin in patients with major depression resistant to existing depression found significant benefits. Roland Griffiths, the Professor  of the Department of Psychiatry and Neuroscience behind the study, found: “really huge, rapid and substantial decreases in depressive symptomatology, after giving psilocybin on two sessions, this is done at about a two-week interval between the sessions.” These developments show Western medicine playing catch-up, not only to mycologists such as Paul, but to inherited wisdom of other cultures. Paul says: “The use of mushrooms by indigenous peoples, by Eastern Europeans, Russians, and Asians and others that realise how important they are. We have benefited from all these ethnicities bringing their specialised knowledge of mushrooms into our common culture.” We now know that plants talk to each other using their mycellium, that fungus is a kind of information superhighway and is basically the vegetable internet. This Avatar-like phenomenon was discovered by Paul, who found similarities between mycelia and Arpanet, the US Department of Defense’s earliest iteration of the internet. He was a student at the time, the 1970s, studying fungi under his electron microscope. It’s a discovery that has changed how we see the world, and our place in it.
Images by Paul Stamets
It’s a journey of discovery that, for Paul, began early. Stamets remembers throwing puff balls at his twin brother, remembers the pull of psychedelics, that “mushrooms were, in a sense, a forbidden fruit.” At 18, Paul took psychedelic mushrooms for the first time. Climbing up a tree, as one does, he found himself stuck. Thick sheets of rain started to scan before him. Thunder began to clap and roll in. Amid the tumult, a moment of calm and self-reflection washed over him. Until that point, Paul had been a lifelong stutterer, but in that moment, he bid himself to stop. Since that day, he hasn’t stuttered since. The race to find life-saving fungi is one against time, the counting clocks not only of our own lives, but of the very planet. We are linked, hypha to hypha: “There are different tipping points throughout history. We are losing libraries of microdiversity. What’s more important, the lives that could be saved, or the boards of timber? It’s that sort of a contrast.” At one point in our call, Paul proudly shows an agarikon (“It’s got a little butt back here, it’s kind of cute.“) It looks like an alien totem, or a fatberg, or even a little bit like a Rachel Whiteread sculpture. Paul beams as he handles it. You get the sense it’s about more, even more, than the discovery of the networks underneath us, the anti-inflammatory properties of the fungi, their mysteries. It’s about their beauty. “This mushroom,” he says, “It’s important.”
By Jonathan Mahon-Heap for Semaine.
watch.
"Dear Mother Mycelium"
This week tune in as Paul teaches you about the essentials of Mycology. So that you too, can spread the message about the importance of mushrooms in todays world.
stream.
"A Stamets Kind of Stream"

“Great overview on the importance/impact of fungi from the past into our common future.”
2:
Desert Dwellers
PLAYLIST

“So much a part of my inspiration and great people.”
5:
Neil Young
APPLE MUSIC

Looking to implement all of your new-found Mycology knowledge into your everyday life? Look no further. We know it's hard to know where to start, but Paul is here to help. 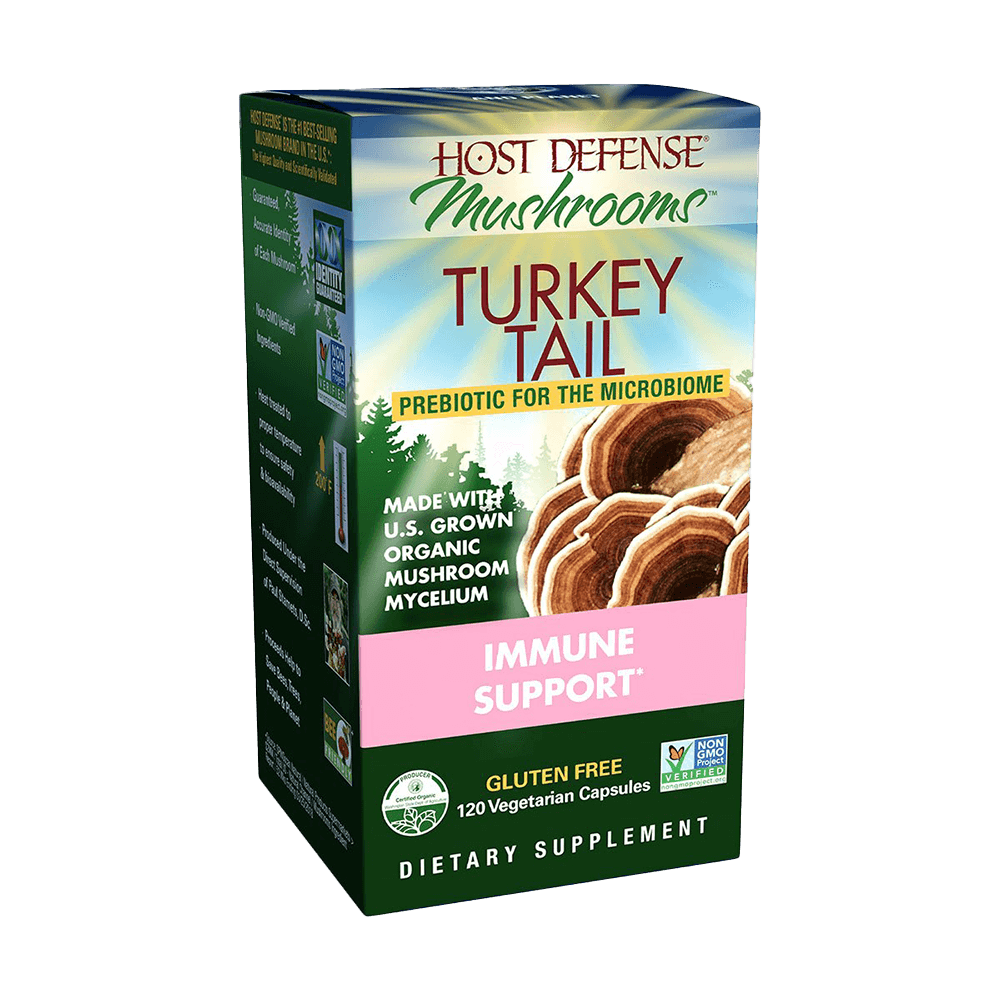 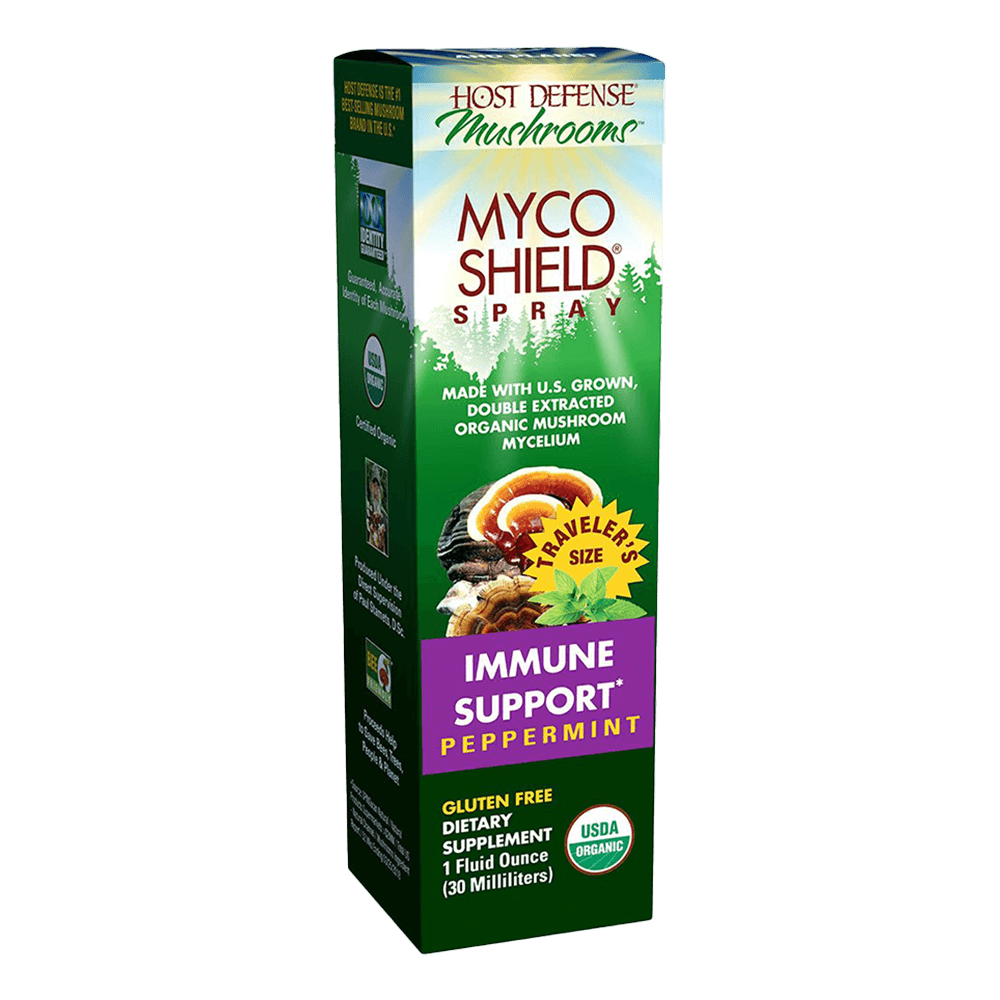 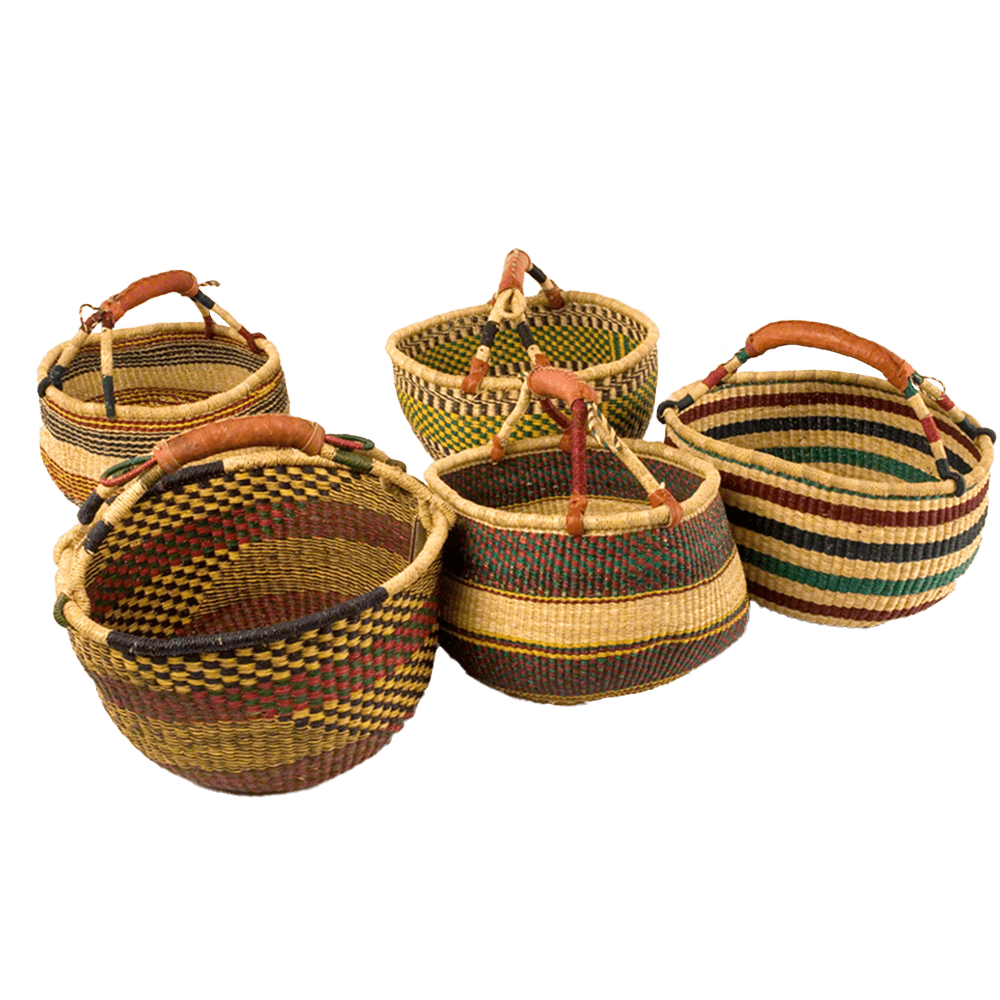 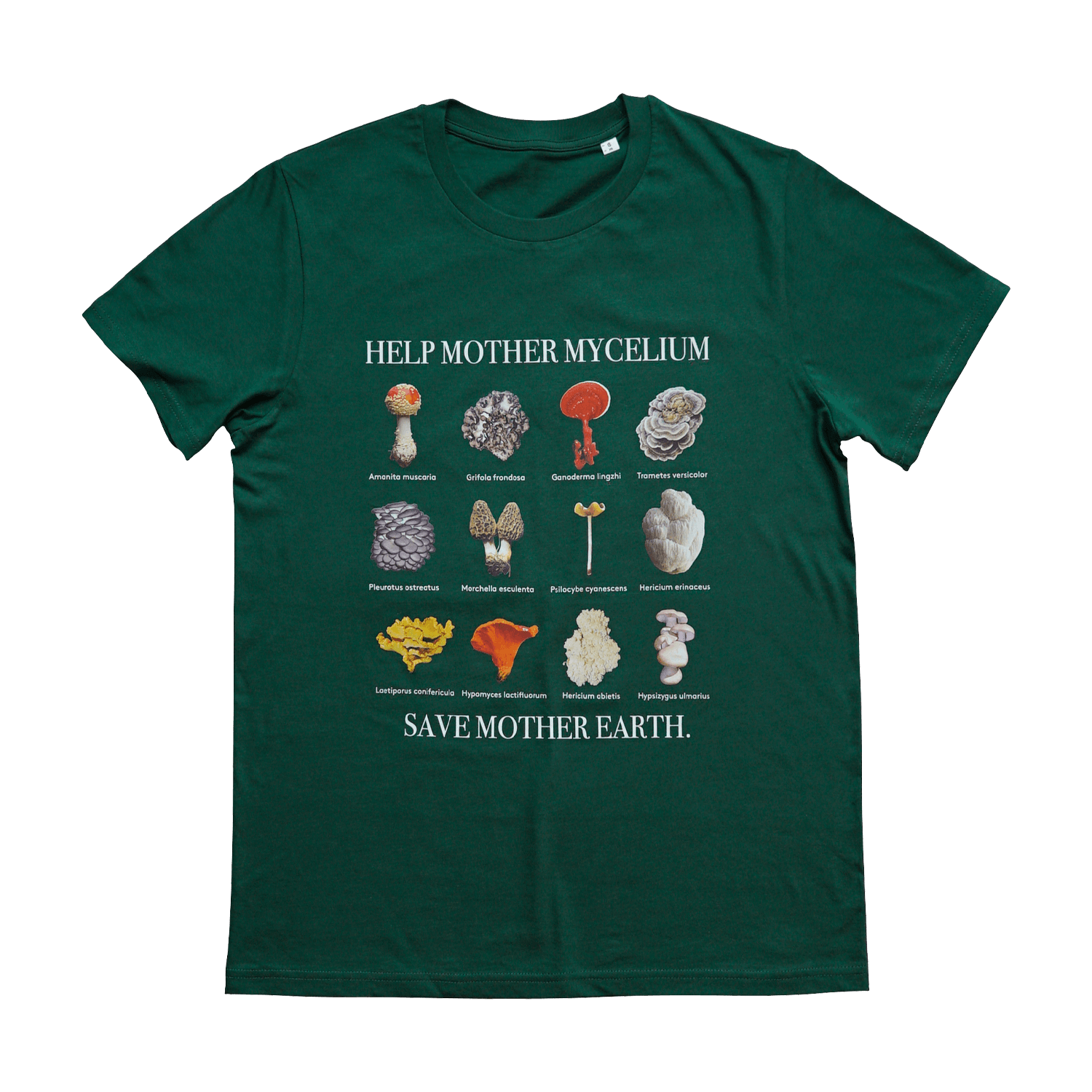 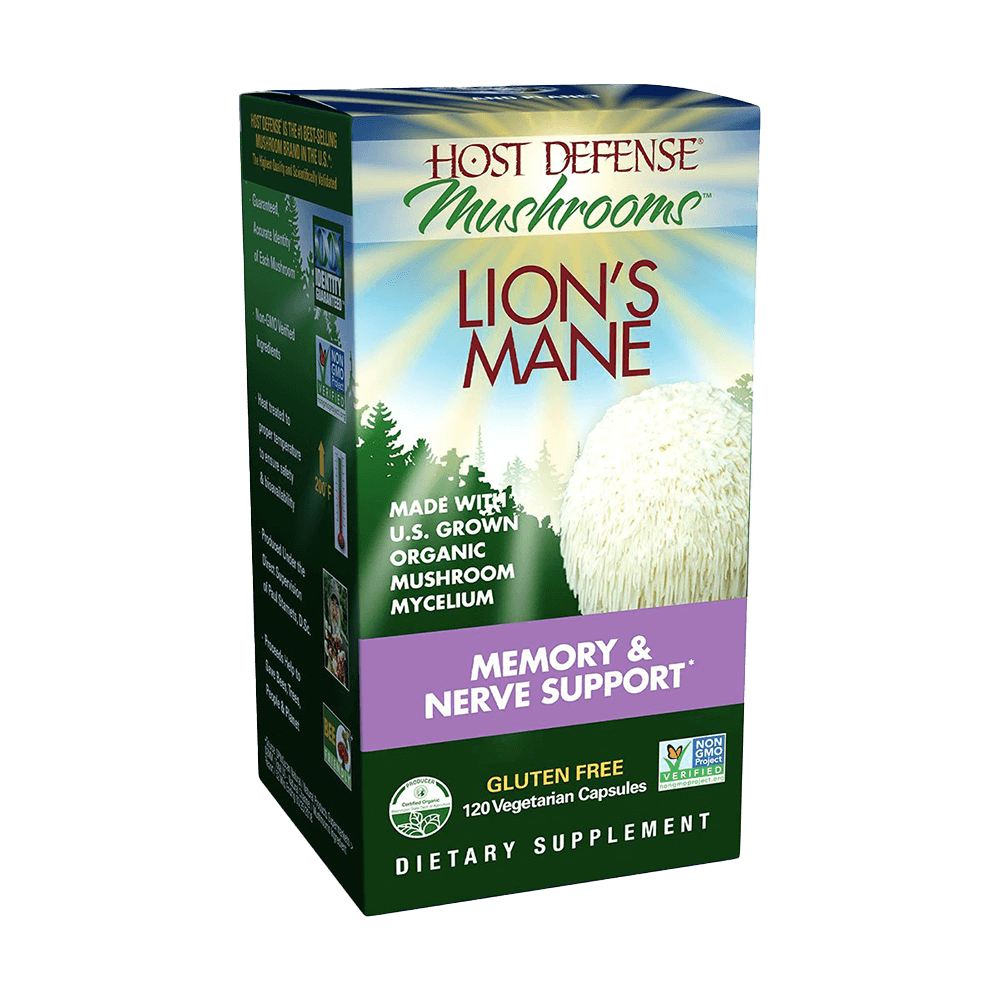 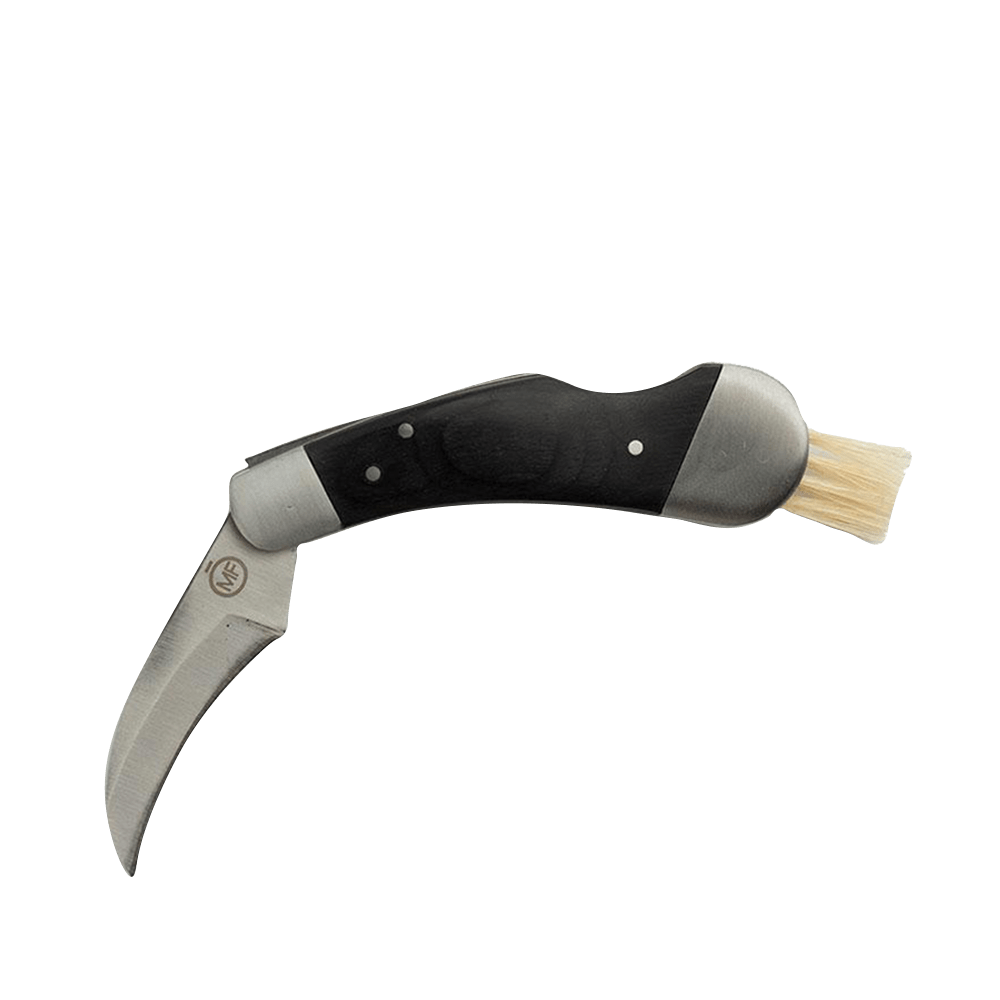 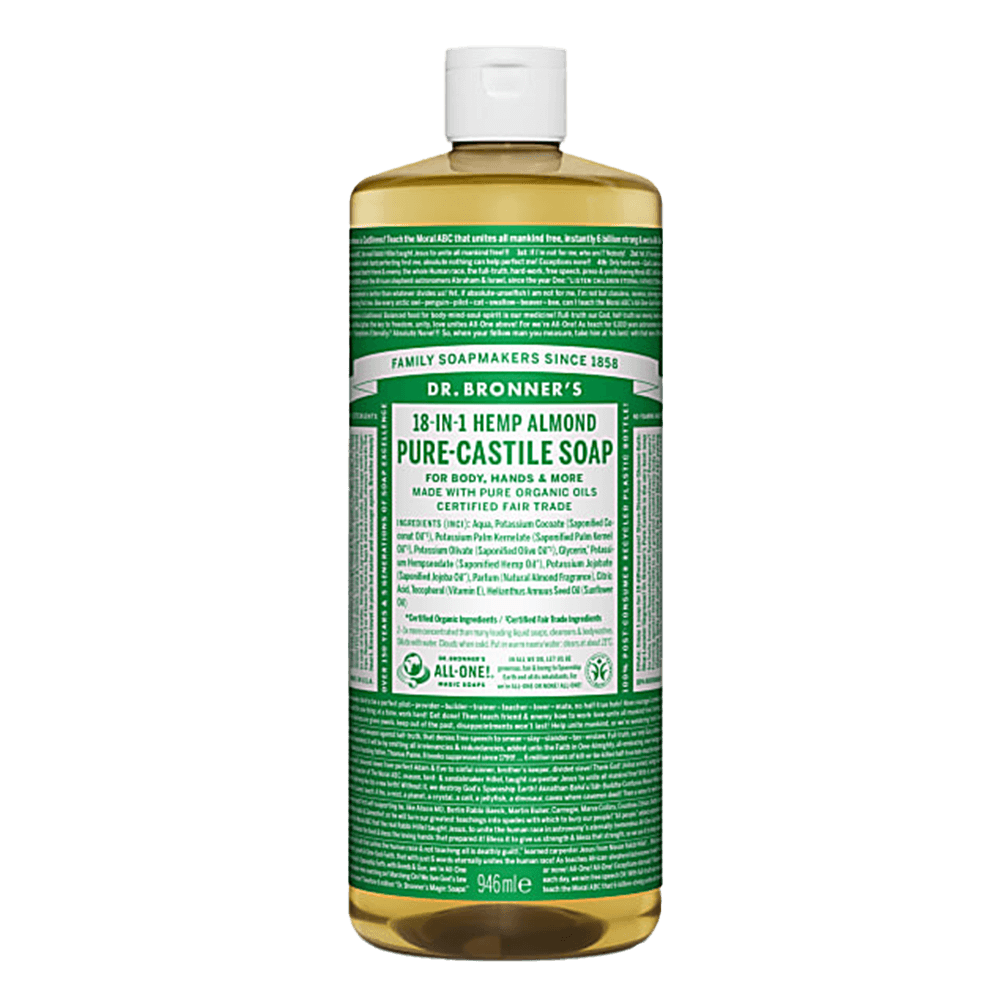 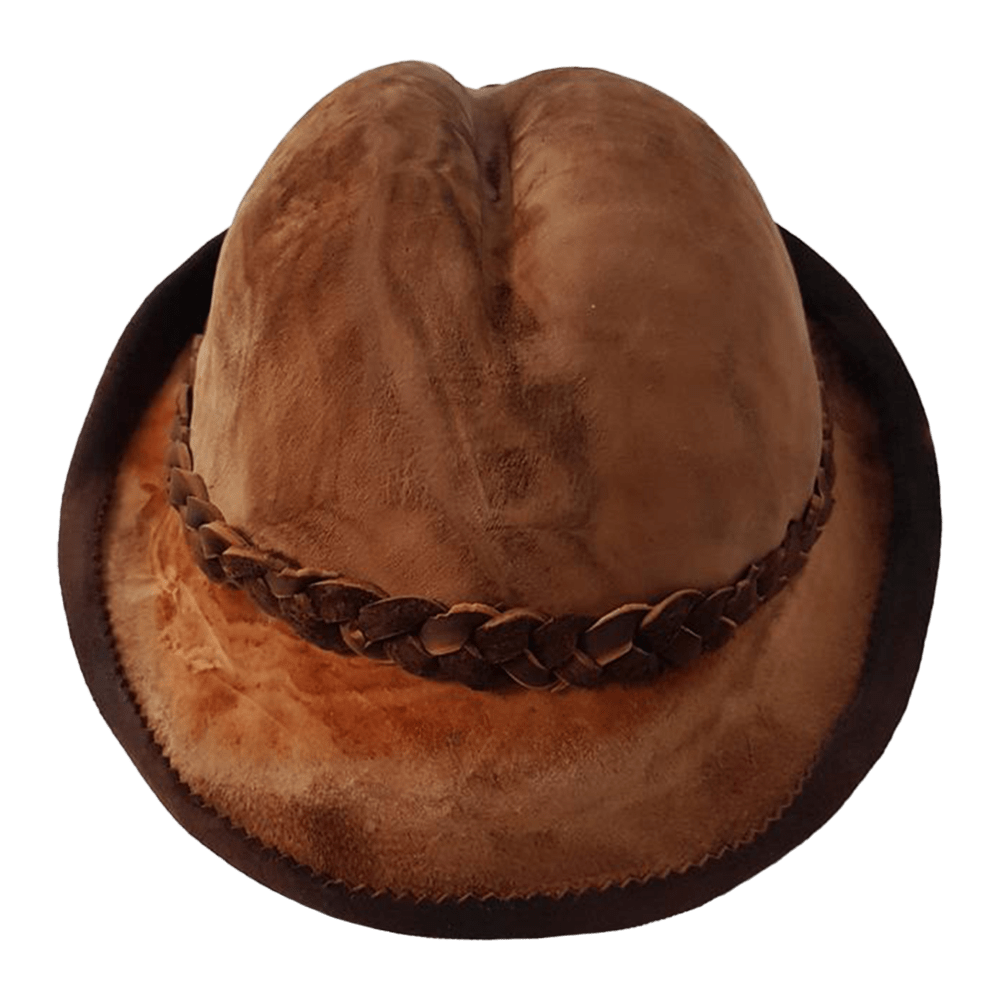 No one does impressive nature better than Paul. If you don’t know how to connect with the outdoors, maybe this list will inspire you to take your next trip somewhere mycelliar.

“The road is closed so it is about 11 miles in, but you can bike in (electric bikes allowed) however many traverses over trees, ravines, etc. but SO worth it. There are seven hot springs.”
Nick’s Cove Café
23240 CA-1
Marshall
CA 94940
United States

“Coast of California, Highway 101. Walk out the wharf to end at the boathouse, start a fire, and enjoy.”
Ljubljana
Slovenia

“Great storm watching, lots of porcinis in the sand dune and pines. And other mushrooms too!”
read.
"Essential Reads"

Your Mycelium Studies don’t have to be done here. Luckily for us, Paul has provided some essential reads for a deep dive into the world of mushrooms, science and our brains.

Mycelium Running
by Paul Stamets
“How mushrooms can
help save the world.
It is a manual for
planetary rescue and
empowers people with
actionable solutions.”
BUY
2.

Psilocybin Mushrooms of the World
by Paul Stamets
“At a time when psilocybin mushrooms and psilocybin are now seen as being powerful medicines, this book is helpful for the safe identification and ingestion.”
BUY
3.

The Glass Bead Game
by Hermann Hesse
“That a group of highly intelligent people could come together to aspire and vision the future to prevent wars, poverty, hunger, disease, and calamities seems especially appropriate.”
BUY
4.

The Natural Mind
by Andrew Weil, MD
“This book shows that altering your consciousness is a healthy part of our biology and by expanding our consciousness, we, as a species, evolve to be more imaginative and compassionate.”
BUY
5.

The Crack in the Cosmic Egg
by Joseph Chilton Pearce
“That – after deeply immersing yourself into a subject – suddenly, synaptically, the brain is able to understand complex subjects intuitively without linear thinking.”
BUY
ask Paul.
"Everyone must do a spiritual dose of psilocybin."
Get to know Paul like you never have before.

What does the word “taste” mean to you?
Paul:
Exceptional quality.

Do you have a life motto that you live by?
Paul:
Forward into the future with courage and kindness.

What was the last thing that made you laugh?
Paul:
Ian Watson trying to pronounce a latin binomial of the mushroom Leucogaricus leucothites.

What are your favourite qualities in a human being?
Paul:
Kindness, courage, intelligence, humor, humility, friendship and respect for others who have different opinions.

Who is your hero?
Paul:
Jane Goodall.

What is your biggest flaw?
Paul:
Focusing too much on people who are trying to harm me, others or The Commons. What planet did these people come from?

What is your best quality?
Paul:
Kindness, generosity, love of nature and all species.

What would your last meal on earth be?
Paul:
White Truffles……or Coconut Ice cream with melted 85% cacao chocolate with slices of banana, strawberries, and decorated with blue berries.

What does success mean to you?
Paul:
Knowing that I have empowered others with knowledge, a way of being, and that the spirit of goodness is shared.

If you had the power to change anything you wanted in the world, what would you change?
Paul:
Everyone must do a spiritual dose of psilocybin mushrooms: the answer to this question will then become obvious and resident within the shared body-intellect of us all. 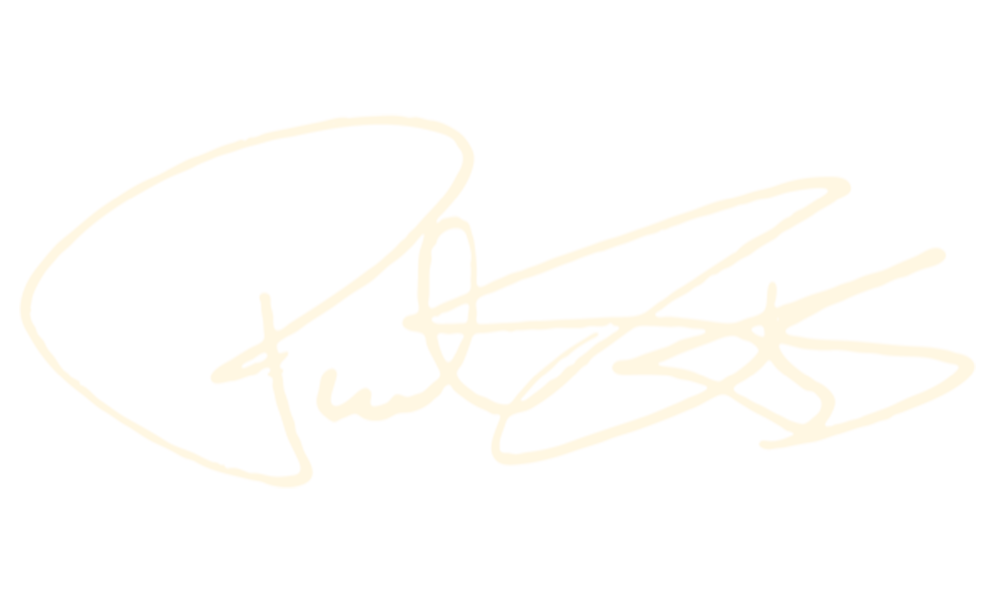