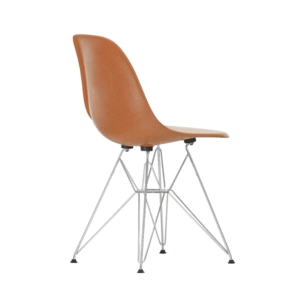 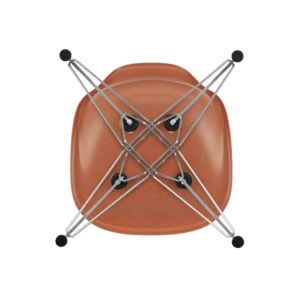 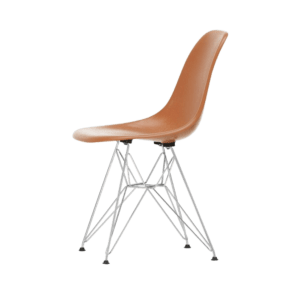 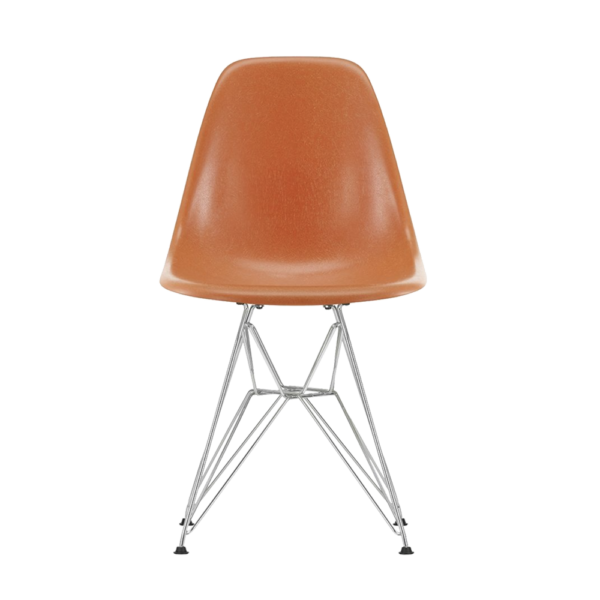 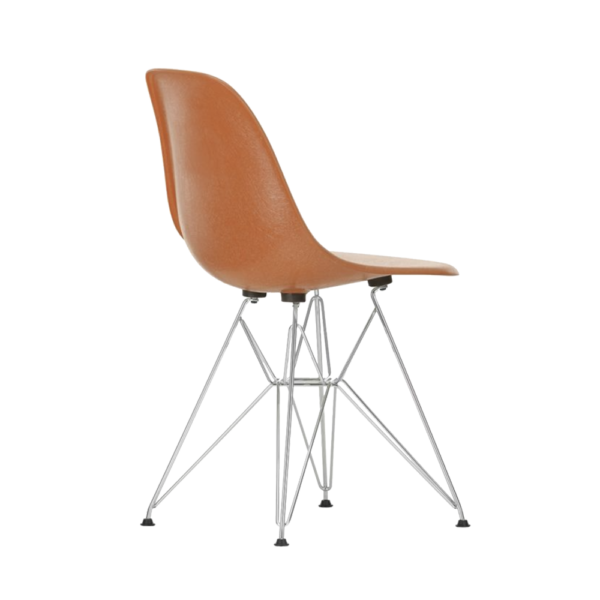 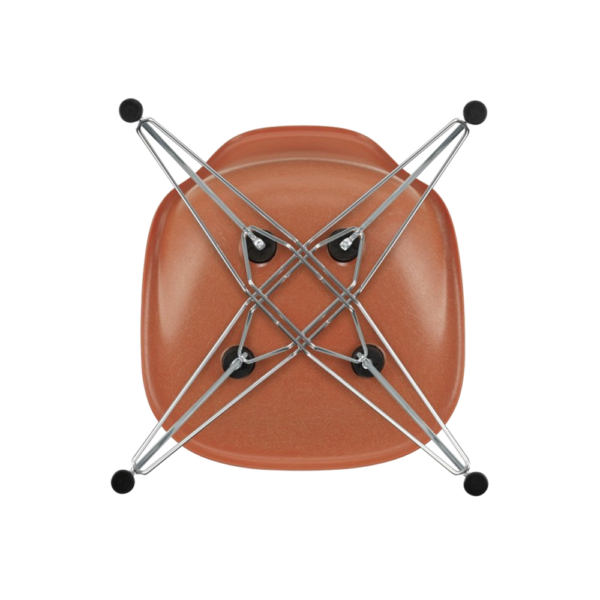 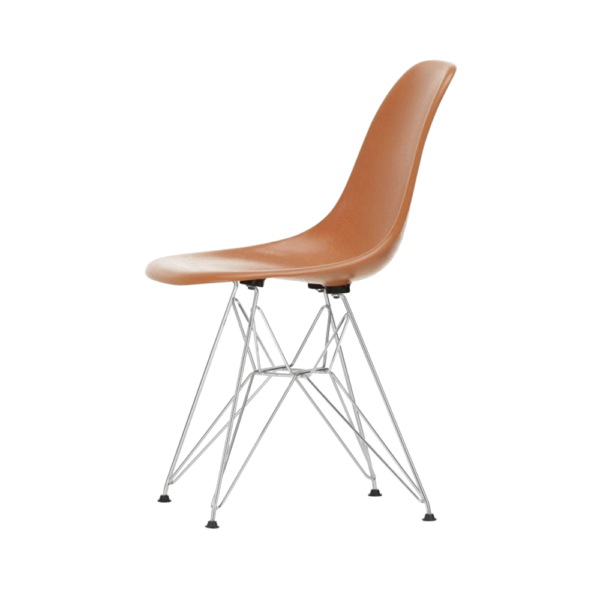 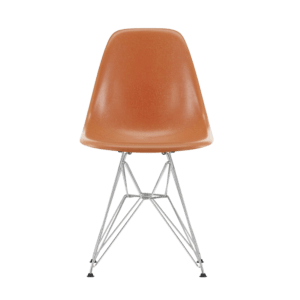 by Charles and Ray Eames for Vitra 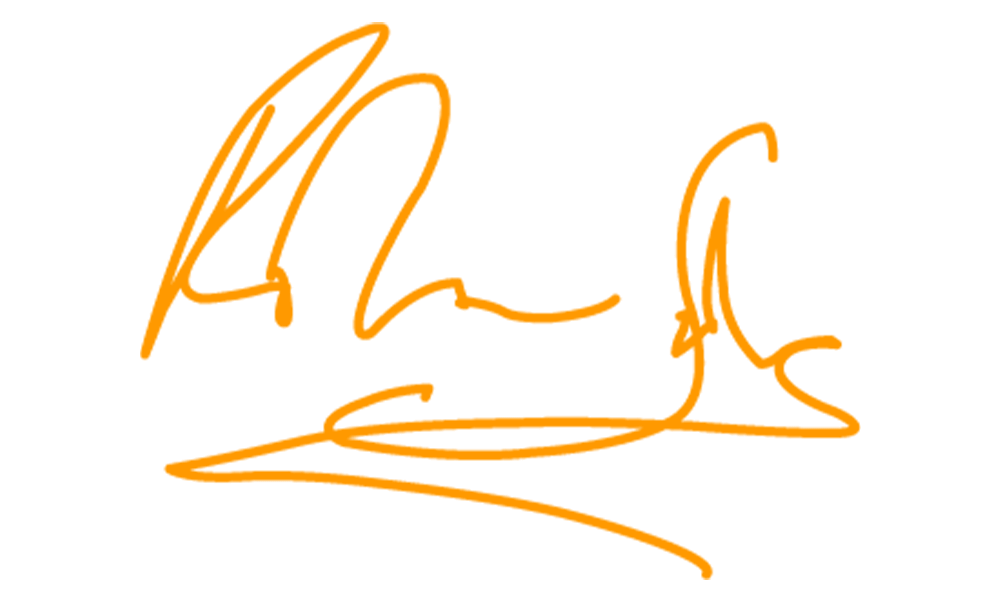 This iconic chair, designed by Charles and Ray Eames for Vitra originally launched in 1950. The Fiberglass Chair Collection introduced the idea of the multifunctional chair, featuring shells that could be combined with a variety of bases, and soon became one of the best-known furniture pieces of the twentieth century. Often referred to as ‘The Chair of a Century’, the DSR Chair’s shell displays the characteristic irregular surface of fibreglass, which appears almost like a natural material thanks to its clearly visible fibres.

An organic yet contemporary form, the seat rests upon a striking chromed wire ‘Eiffel’ base with cross struts and features rubber shock mounts to support longer periods of sitting down. In continual development for the modern user, Vitra has revised the geometry of the seat to achieve optimum ergonomics and comfort.

May we also suggest