Mezcal martinis and margaritas, mezcal on the rocks…however you’re drinking it, it is fair to say that the agave based spirit is having its moment thanks to brands such as YOLA Mezcal. Yola Jimenez, the mezcal-powered brains and namesake behind the company has helped to lead the renaissance and alongside her business partners, Gina Correll Aglietti and Lykke Li, they are continuing a family legacy by creating a thriving female empowered community. The YOLA Mezcal follows the distinct recipe handed down from Yola’s grandfather and has not changed since 1971, the changes, however, lie in the running of the company and the pioneering vision that drives the brand itself.

In one fell swoop, YOLA Mezcal manages to incorporate the long-established Oaxacan and familial traditions whilst simultaneously breaking new ground and reinventing the wheel of the industry. Their use of visuals and (mostly) female-strong music solidifies the brand identity as being singular and powerful – much like a woman herself. The common thread that weaves the tapestry of YOLA is that of delicate power, you only need to taste the mezcal to relish this feeling of intimate intensity.

Yola Jimenez was born in Oaxaca, a region in the Southwest of Mexico but grew up in Mexico City. Oaxaca as a region is known for the production of mezcal, in fact, there are only a few towns where the agave-distilled spirit can be officially named mezcal, the others being Guerrero, Durango, San Luis Potosí, Puebla and Zacatecas. The heritage of mezcal and her relationship with it stems from her family, namely her grandfather who distilled his own mezcal at home and whose recipe sparked an interest. It was surprising to learn from Yola that, despite its popularity in Mexico and beyond today, the history of mezcal has not always been so smooth.

Considered a lesser drink for some time, due to “a version of segregation between the really indigenous places in Mexico”, it was undervalued for a long time as it was thought to be an overly natural, rural drink — a poor man’s tequila. Tequila is actually a type of mezcal but, similarly to champagne, it may only be named tequila if it is produced in the eponymous town. The spirit itself is any drink made from distilled agave but there are plenty of varieties of it and various recipes that change the taste and strength — “it’s complex, like wine, a lot of people think that there’s just one version of it because it’s the agave and you distil it. But because there’s so many different terrains in Oaxaca, you use different types of agave. So in that way it’s more like wine where you have different grapes in different regions.” Despite these endless forms and varieties of mezcal, the production process remains relatively unchanged. The agave plants are harvested and roasted giving them the recognisable smoky flavour, it is then mashed and left to ferment before the distillation begins. Most liquids are distilled twice to increase the alcohol content, using raising the percentage to around 55%.

Collecting recipes from friends and creating his own blends was a passion of Yola’s grandfather and one that has definitely been inherited, in fact before creating her own brand, she set up one of the first mezcal only bars in Mexico City. Sixteen years ago, Yola and some friends started serving and selling rare and remarkable mezcal, further fuelling and curating her passion for the drink. Cut to a few years later, when friends Lykke Li, Swedish singer song-writer and Gina Correll Aglietti, LA-based stylist and entrepreneur, were visiting Yola in Mexico and they fell in love with mezcal (Lykke who didn’t even drink ended up filling her suitcase with bottles before heading back to the States). The three women then set about creating their own brand, following the precise recipe of Yola’s grandfather as well as producing it with families near her grandfather’s farm. After the passing of her grandfather, Yola resolved to save his life’s work. “Luckily, he had written out a lot of his recipes and he worked with a mezcalero the whole time who remembered how to do it and who actually did a lot of the work.” She spent time discovering the region and being educated on the different types of distillation.

Learning about the family production and the warm and rich heritage of mezcal “planted a seed for wanting to do something for the women in Oaxaca”. The ethos and original view of the brand was to create a stable and direct payment structure for the women, “the best way to create a form of change for women is not through versions of charity but just to employ them, give them dignity and allow them to have direct access to money so that they can make their own choices.” Having read Women’s Studies at the University of Cambridge, it makes sense that many of Yola’s business choices have been geared towards female empowerment not only in a social sense but also fiscally. This encouragement and active hiring of female employees is creating a positive shift between generations; the women who were traditionally taking on low level domestic roles are now watching their daughters go to university and create opportunities for themselves and their pride is joyful!

Looking forward at YOLA, however, the plans go even further than simply creating opportunities for the local women in Oaxaca, Yola and her team aim to build a community centre around a functioning mezcal factory. A place in which women can work and support their families and have childcare, access a library and a convivial kitchen. The aim is to work with award-winning Mexican architect Frida Escobedo (who has just been green-lighted to design the new wing at the Metropolitan Museum of Art in New York) to create a public space in which employees, family, and friends can come together and use the resources on offer to explore their passions, further their education, and enrich the already-present family connection.

By keeping the growth of production of YOLA mezcal slow and steady, they aim to eliminate the threat of overharvesting the land. The worry that the rapid popularity could lead to industrialisation and exploitation of the arable land and workers is a real one, with Coca Cola and Pernod Ricard setting up factories in Oaxaca, Yola and her team are truly aiming to keep the mezcal trade autonomous by hiring those who already work within the industry. Some of the YOLA employees are the granddaughters of Yola’s grandfather’s original team, creating a beautiful kinship and heritage throughout the brand. “I want to experiment on a version of equality. So our team gets to make their choices. And then we can provide things and expand the company in areas that they are interested in and they want to do. Provide resources for agriculture, literature, sustainability and giving back their autonomy of their own time.”

By Tori Sharp for Semaine.
stream.
"Learn from the best"

The Nectar Corridor will teach you about the process of making mezcal from some of the world’s most successful mezcaleros.Best listened to whilst drinking a YOLA mezcal we think. 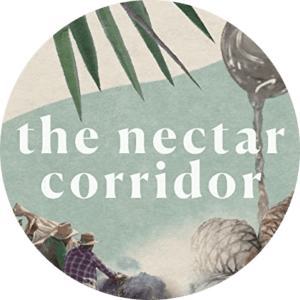 “It’s a podcast about mezcal and it features some of the best maestro mezcaleros about their process.”
2:
Fleabag
Amazon 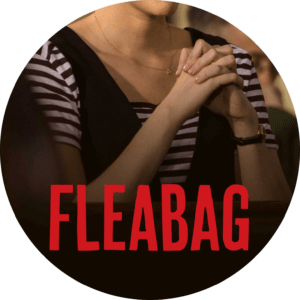 “It’s great because it depicts an intelligent, contemporary young woman who is complicated, smart and funny. In her quest for connection she manages to stay true to herself.”
3:
Three Colors: Blue
The Criterion Collection 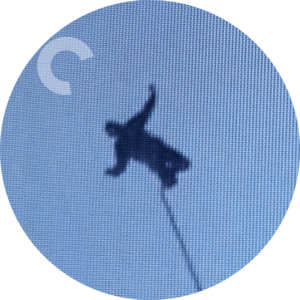 “Juliette Binoche is one of my favorite actresses and this is her most moving performance. She completely immersed herself in the role to give us a tour de force of every possible emotion. It depicts unthinkable loss, but how there is a possibility of life afterwards.”
4:
99% Invisible
Spotify

For the best of what Mexico has to offer, look no further than Yola's shopping list. 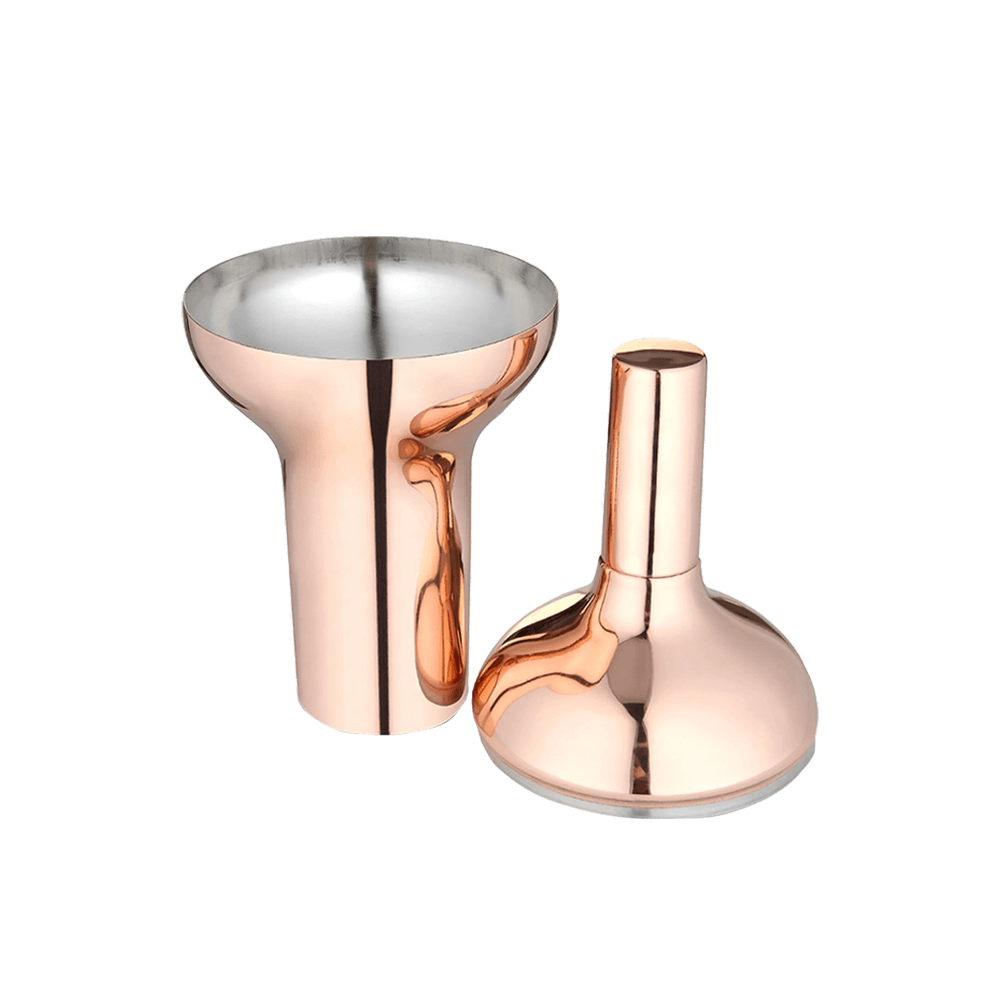 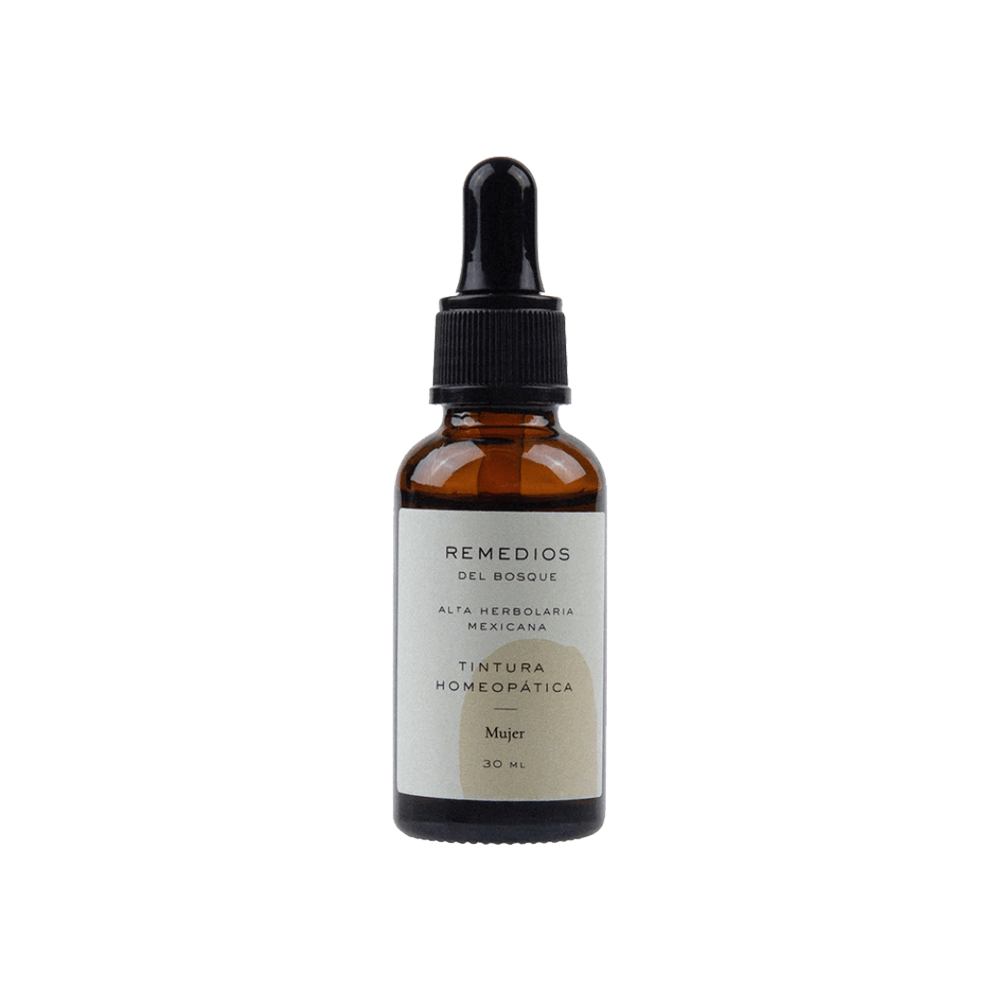 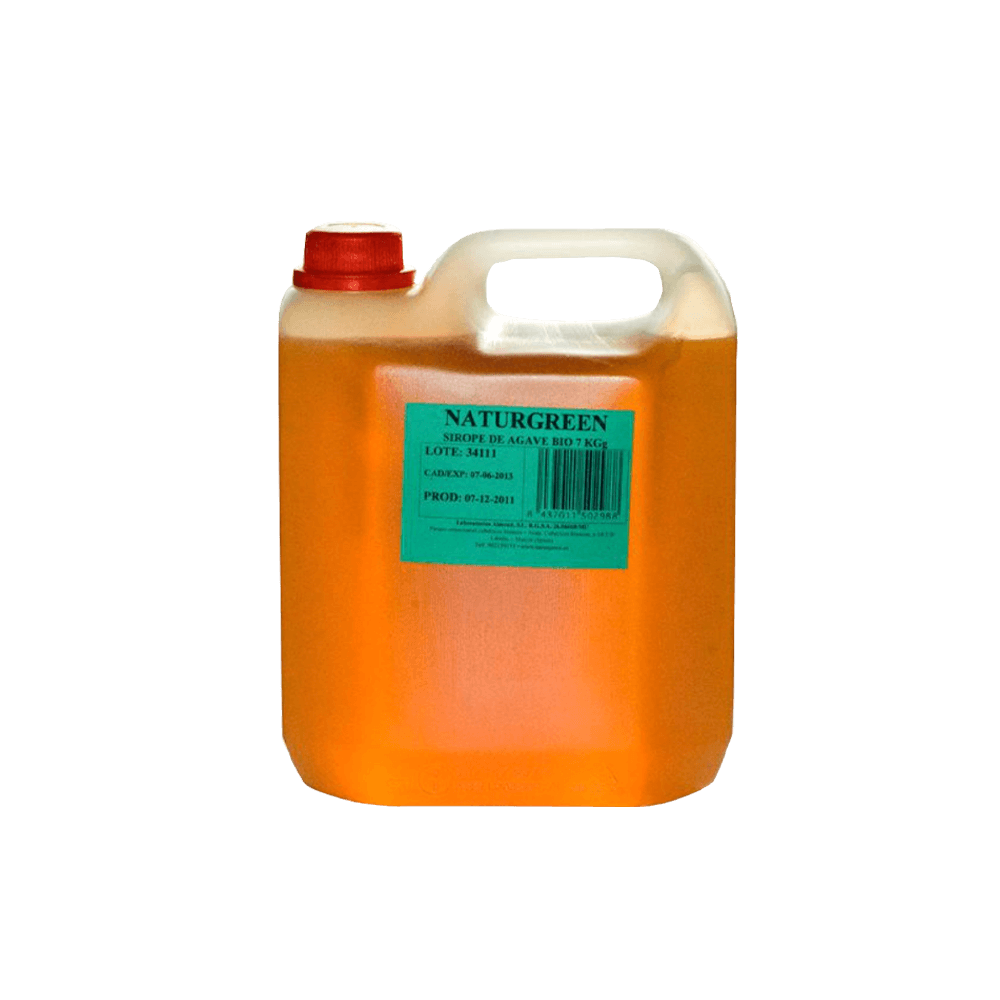 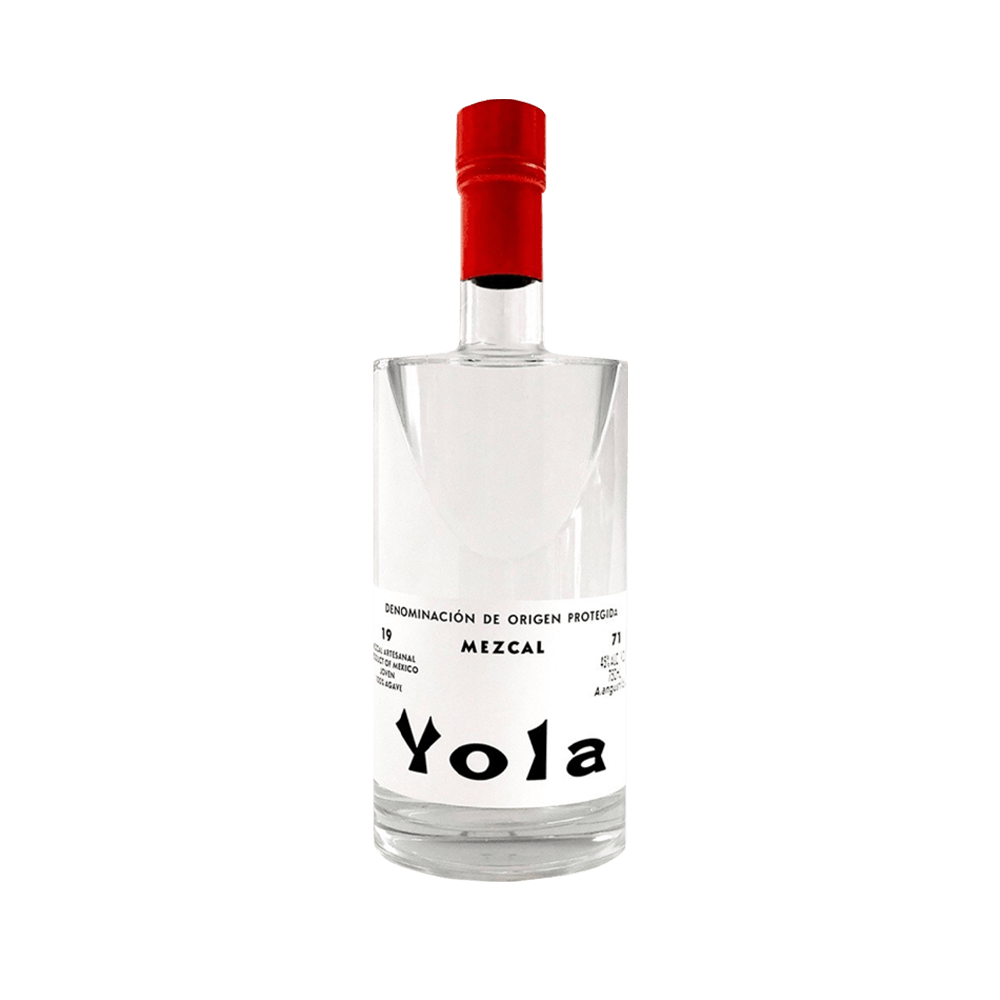 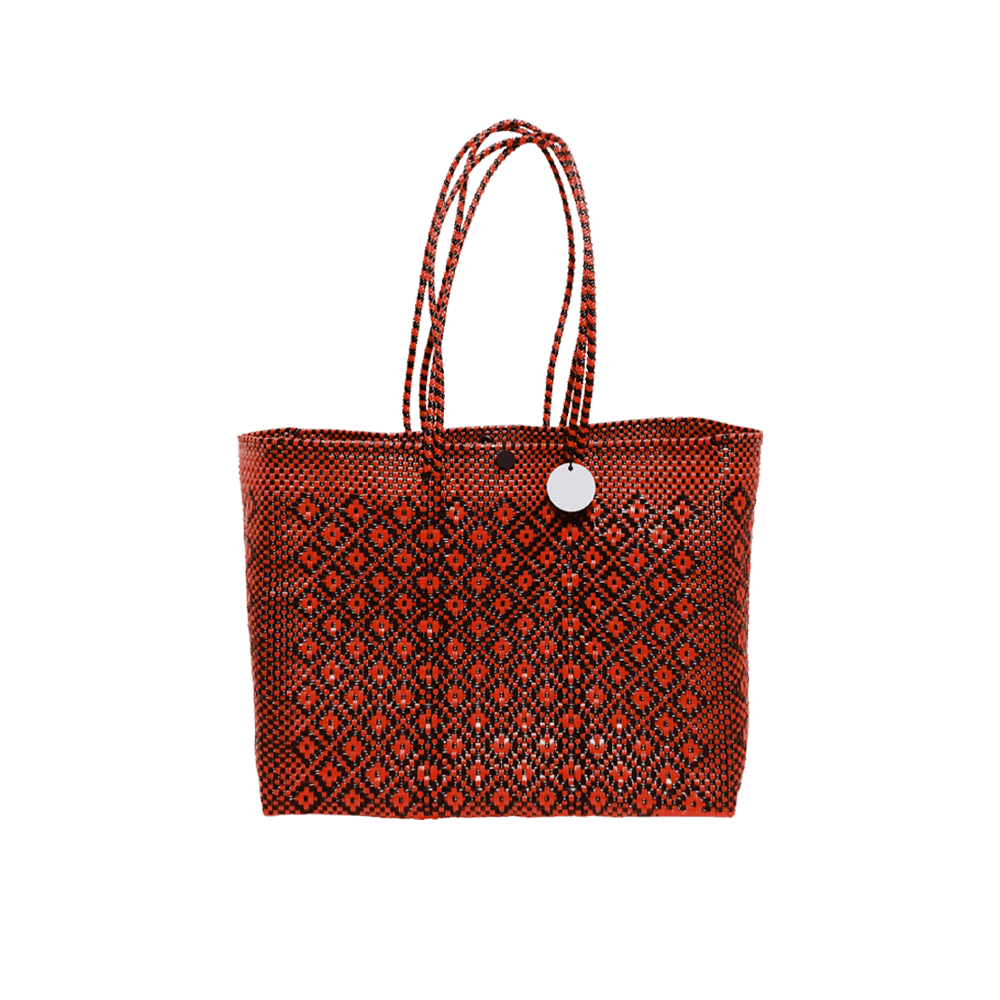 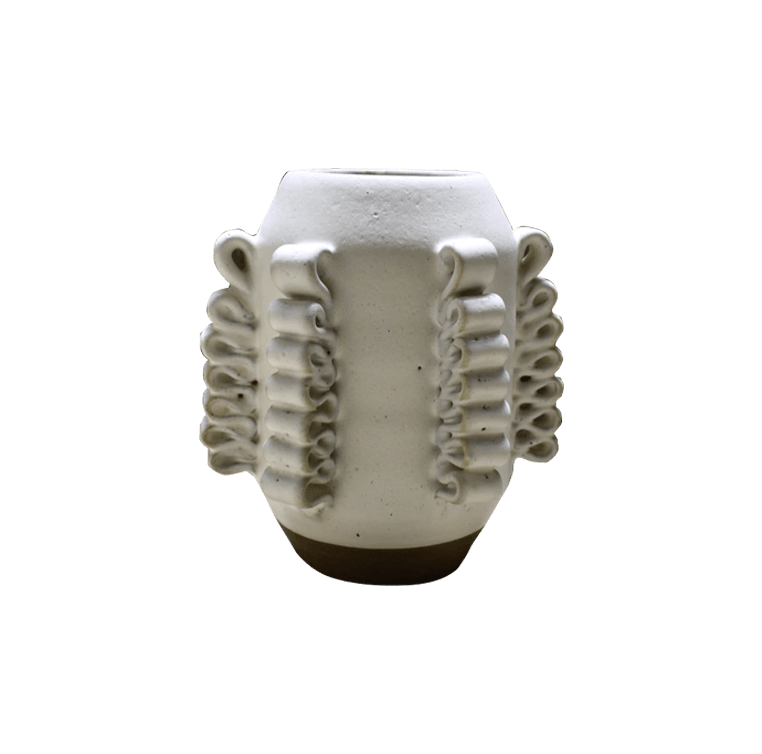 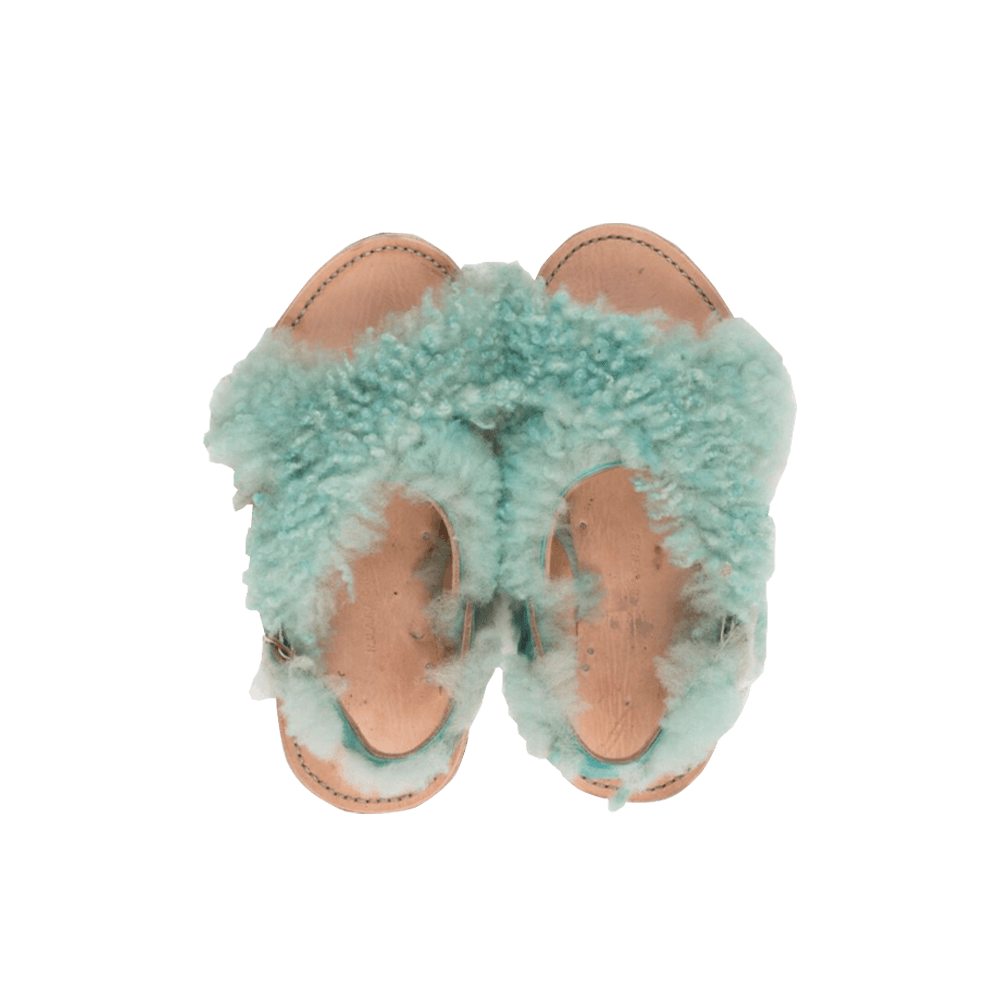 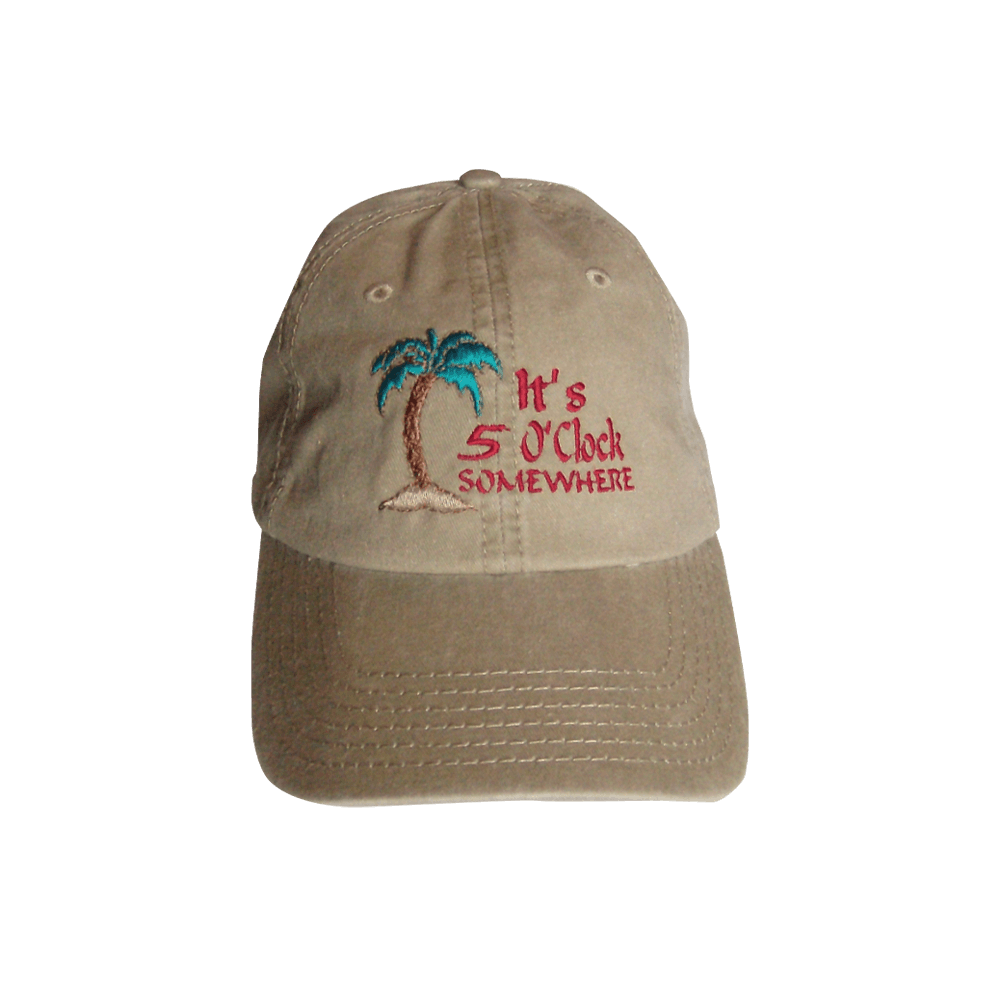 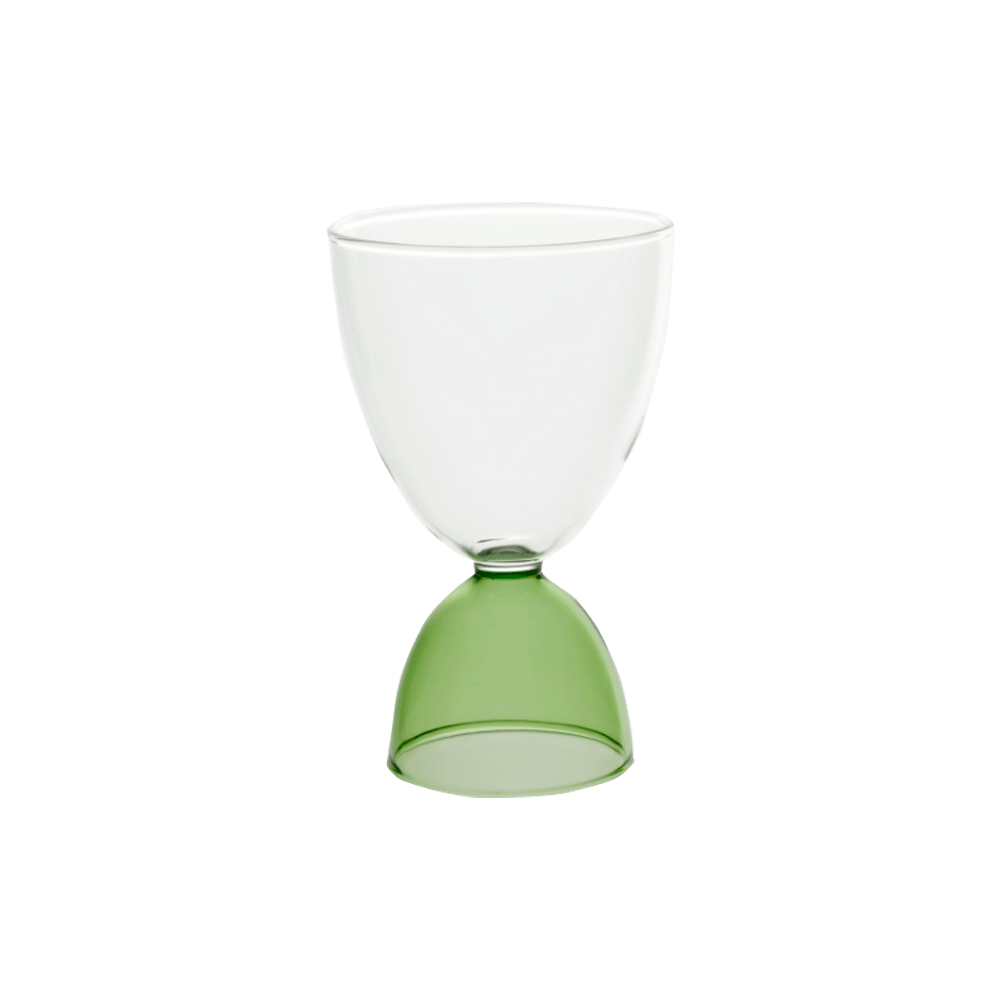 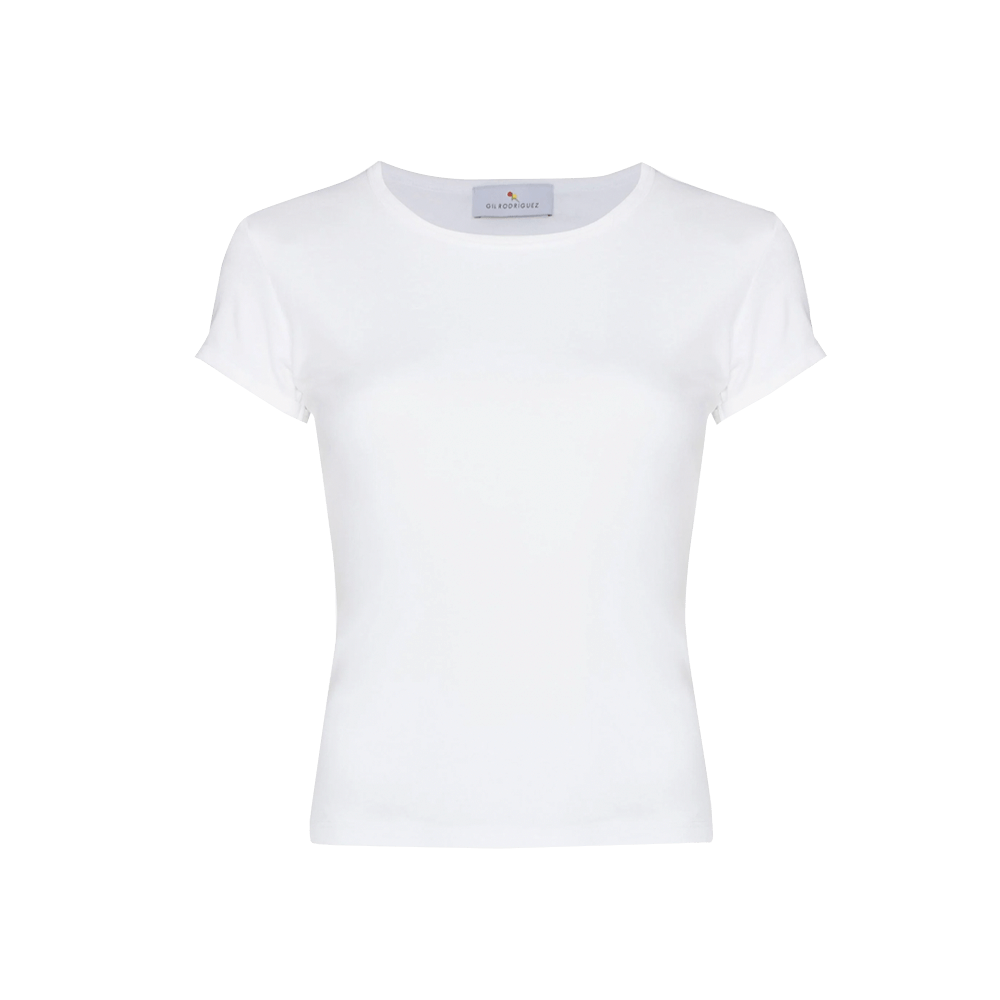 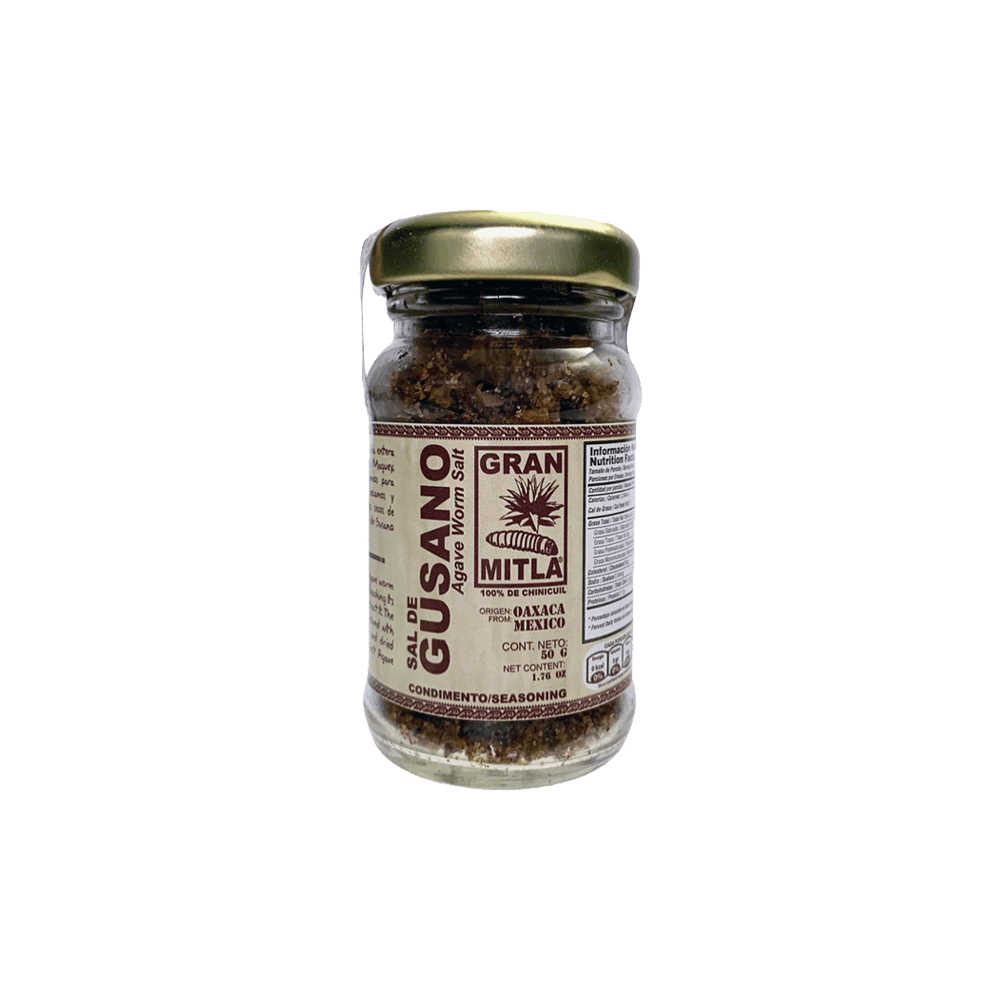 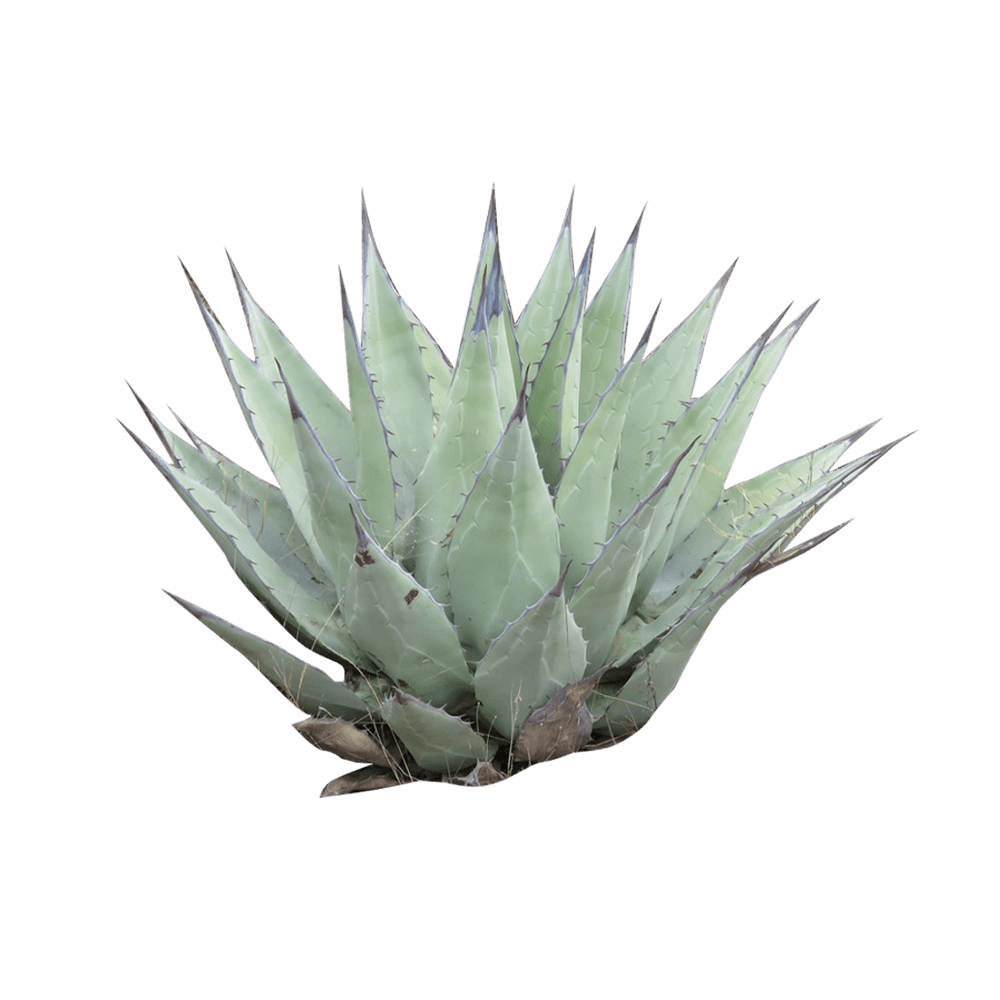 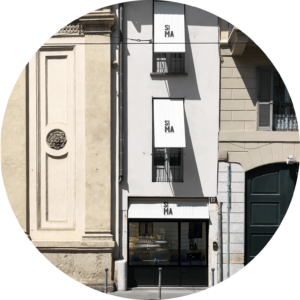 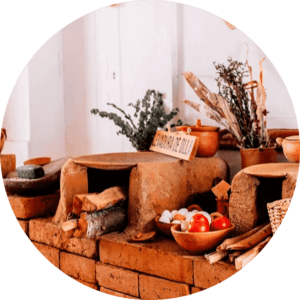 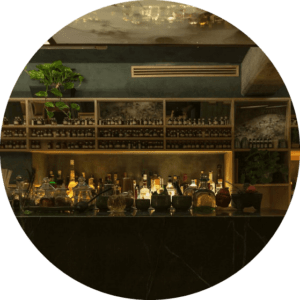 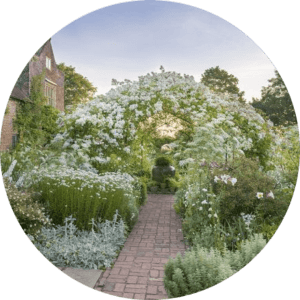 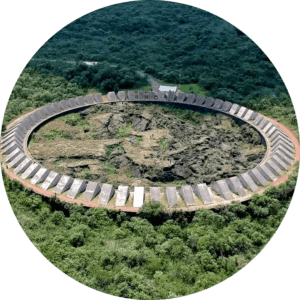 Ambition, betrayal, beauty, complexity, it’s all we want from a bookshelf. 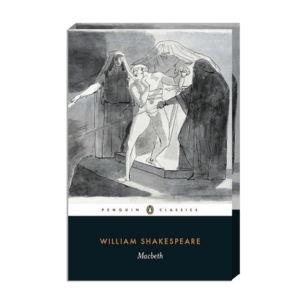 Macbeth
William Shakespeare
“Every single character is intelligent and conniving and nobody is wasting any time, so it’s constant entertainment. It’s the best description of ambition ever written and a good reminder to have good ambitions.”
BUY
2. 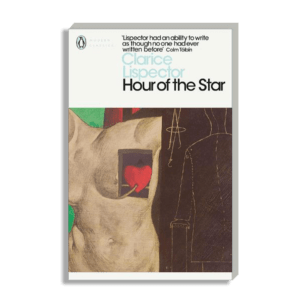 The Hour of the Star
Clarice Lispector
“She wrote it in the last two years of her life and it is about the joy of being alive even while you are enduring pain.”
BUY
3. 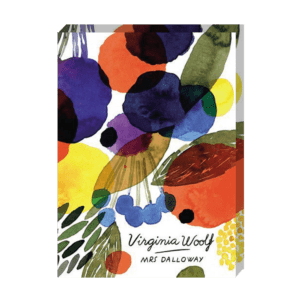 Mrs. Dalloway
Virginia Woolf
“It’s important because it expresses the complexities of simple things and of the care and thought that goes into every action is such a beautiful way. And how an action has so much history and desire behind it. It highlights the way women live and how women weren’t valued and how women’s lives and tasks were not considered equal.”
BUY
4. 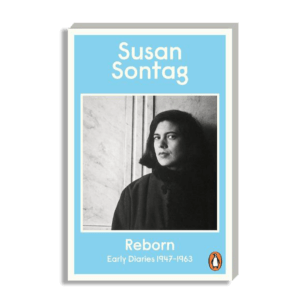 Reborn: Early Diaries 1947-1963
Susan Sontag
“They depict the life of someone who had endless curiosity and had the guts to pursue all of her desires, mentally and physically. And it’s very juicy.”
BUY
ask.
"If you want to hate, think twice. If you want to love, do it."
Get to know Tastemaker Yola Jimenez like you never have before.

What does the word “taste” mean to you?
Yola:
To appreciate the skills and beauty in any human endeavor.

What was the last thing that made you laugh?
Yola:
I saw an aural mist spray in a shop and I used it.

What are your favourite qualities in a human being?
Yola:
Curiosity, elegance, spontaneity, gentleness, empathy.

Who is your hero?
Yola:
Marisela Escobedo. She is a powerful mother turned activist following the death of her daughter. She has been fighting against the impunity of violent crimes against women in Mexico.

What is your biggest flaw?
Yola:
I change my mind last minute about going places.

What is your best quality?
Yola:
I like talking to everyone, all walks of life.

What would your last meal on earth be?
Yola:
A little bit of food made by the people I love, especially anything soup that my partner, Grace, makes.

What does success mean to you?
Yola:
To be perceived as kind by everyone I interact with.

If you had the power to change anything you wanted in the world, what would you change?
Yola:
I want safe reproductive rights everywhere in the world so women can have autonomy over their bodies and therefore their lives. 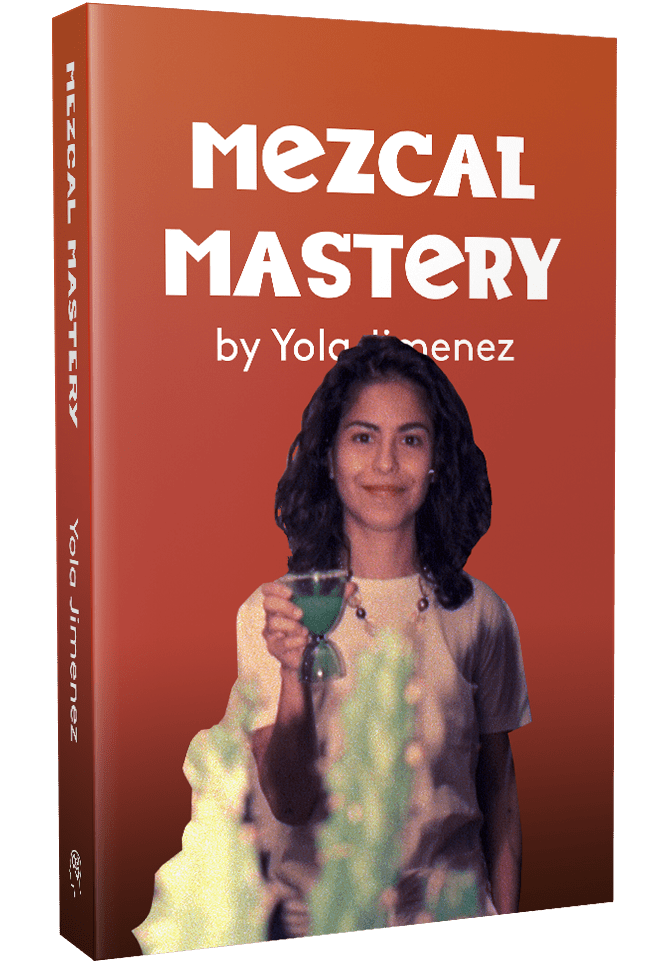 If anyone knows YOLA Mezcal it's Yola Jimenez and so we have twisted her arm to provide her favourite mezcal recipes. Mezcal is a speciality and needs to be treated as such, so Yola teaches us the correct way to drink (warning: don't be caught taking it like a shot!). A healthy spin on a margarita is one of favourites so read on to find out how to make this smokey cocktail delight! 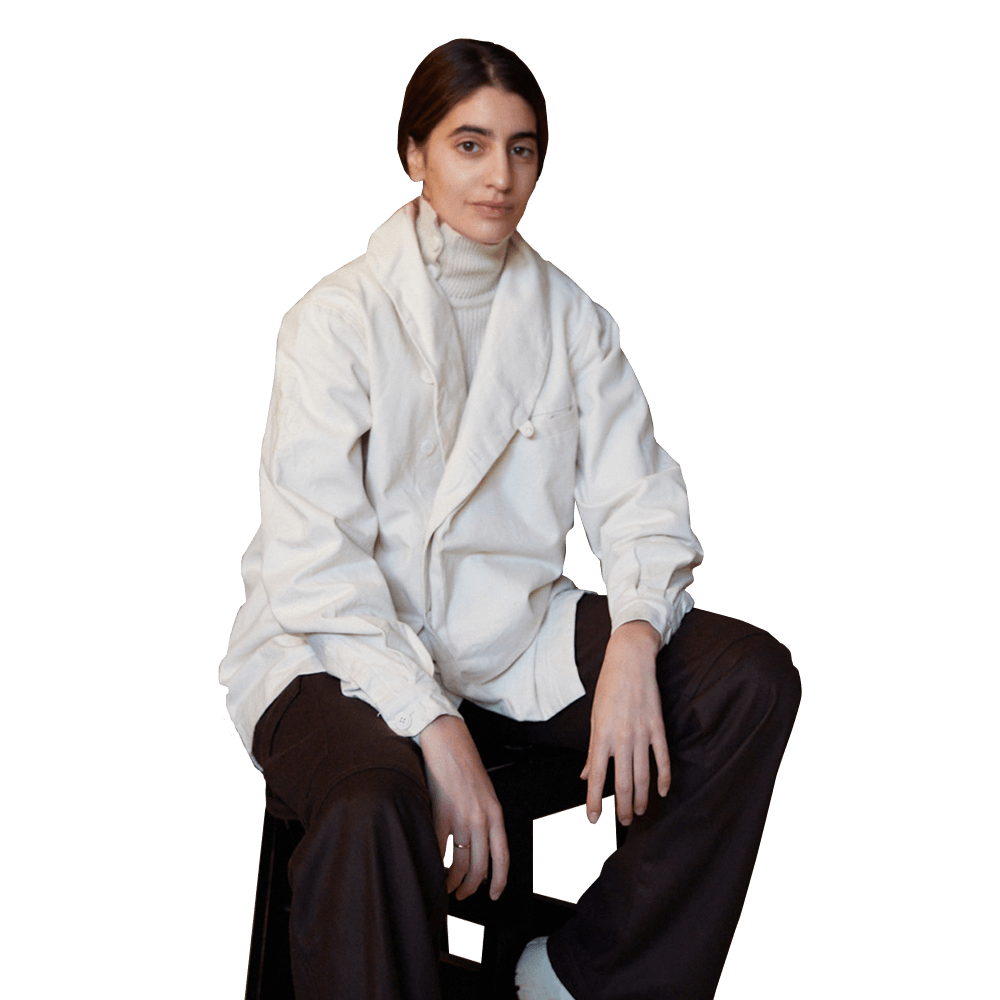 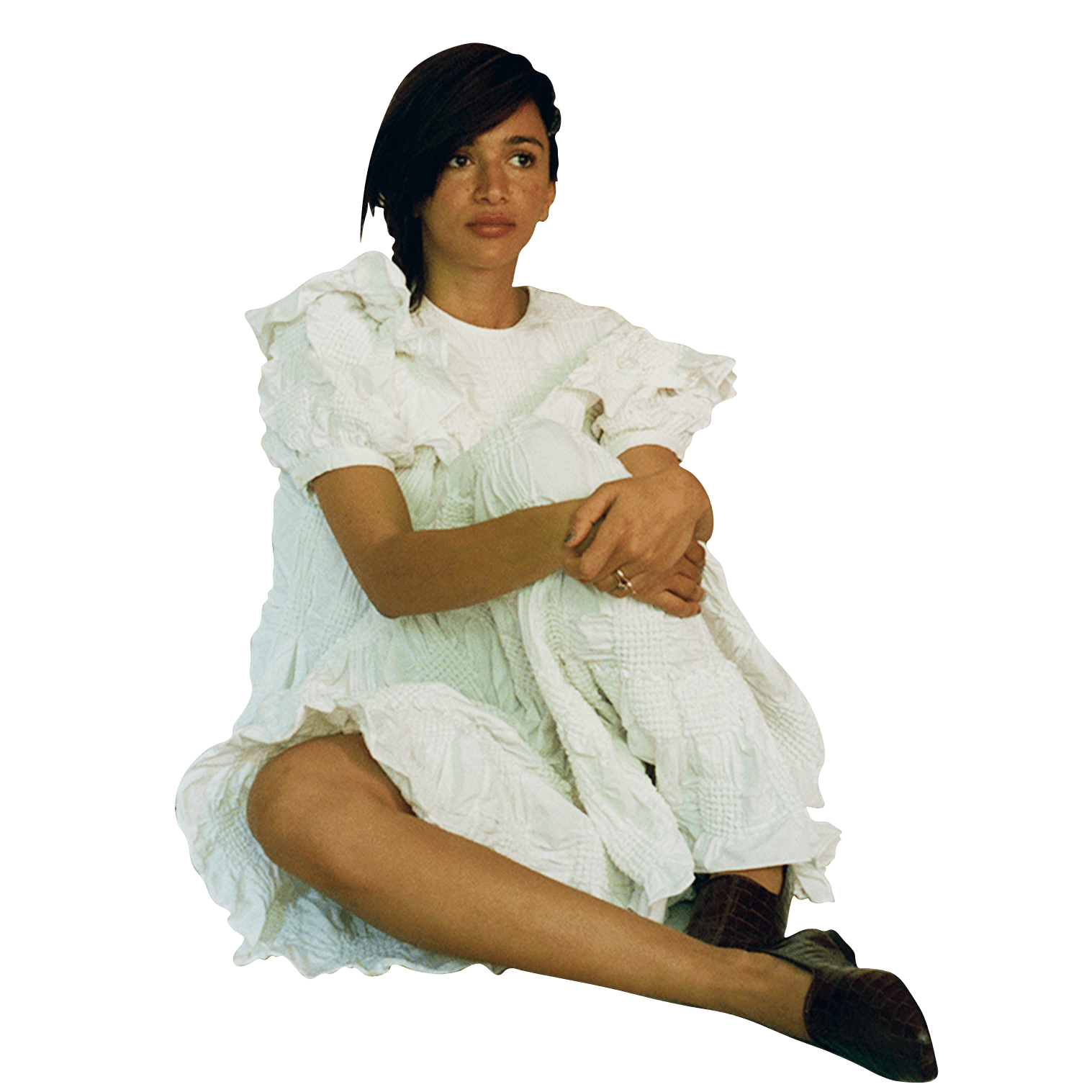 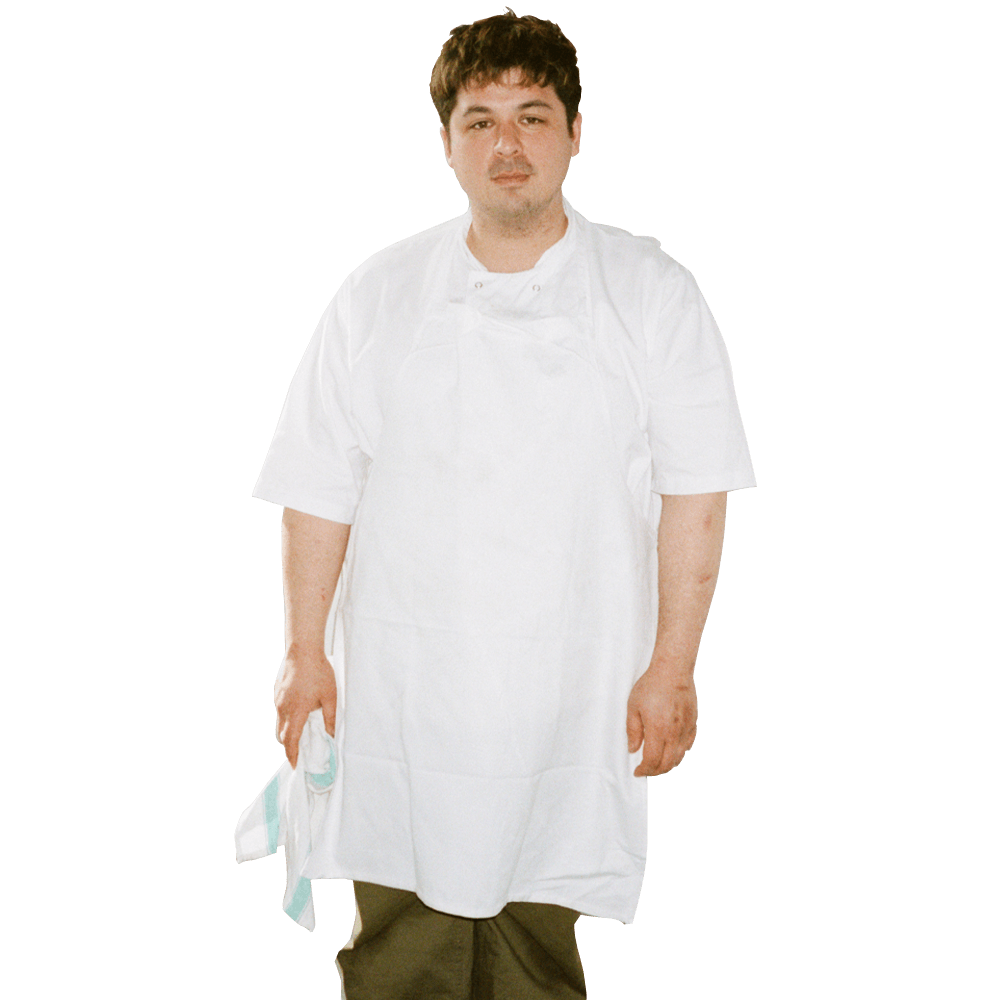