×
Otegha.
meet.
"Money Master"
We need to talk about Otegha Uwagba…In the run-up to International Women’s Day, we couldn’t have asked for a more fitting Tastemaker. Founder of the Women Who creative platform, author of Whites, We Need to Talk About Money, and the Little Black Book: A Toolkit for Working Women, Otegha has made her career out of empowering women and she does this with unequivocal style.

Published in the summer of 2021, Otegha’s most recent book We Need to Talk About Money traverses the genres of cultural commentary and memoir to reveal insights into how money really does make the world go round and she explains to us how her relationship with money has grown and evolved over the years. Tapping into a very real demand for money conversations, especially for women, the Sunday Times bestseller has kickstarted a necessary dialogue, as well as prompting some brazen conversations with friends. “The nature of what I do and what I’ve written about makes everyone around me much more comfortable talking about money than they would be otherwise. I was having dinner with a friend last week and her husband casually revealed his salary to me without me asking or prompting. I remember thinking, either the culture has really changed, or you feel comfortable having this conversation with me because you know I talk about money a lot.”

An avoidance of awkward situations is a distinctly British, stiff upper lip trait and is one which is indubitably hard to shake and, understandably, these attitudes can often be inherited and absorbed from our parents. Otegha and her parents emigrated from Nigeria in 1995 to settle in South-East London and having received a scholarship to a prestigious girls’ school, she ended up straddling two worlds when it came to socioeconomics, a feeling that was further exaggerated when she gained a place at Oxford University to study PPE. There was a distinct contrast in wealth and affluence during her childhood and this, she explains, has certainly informed her attitudes towards saving and spending. These attitudes have been categorised by financial psychologist Brad Klontz who coined the Money Script Theory, an analysis of our unconscious beliefs about money. The four scripts are ‘money vigilance’, ‘avoidance’, ‘worship’, and ‘status’ and each represent the unconscious ways in which we operate with and around money. Otegha’s ‘money vigilance’ is characterised by a frugal mentality; ‘money avoidants’ believe that money is the root of all evil; ‘money status’ equates high-earning with self-worth; and ‘money worshippers’ believe that money is the key to happiness. Despite these assigned roles, it is possible to move away from your original feelings around money and grow into being more comfortable talking and even spending money.

It is more important than ever for conversations around money to progress and gain ground and this is especially true for women. Statistics show that the gender pay gap is still perilously prevalent, with women, on average, earning 14% less per hour than their male counterparts. Sociologist Arlene Davis first spoke about the phenomenon of invisible labour in 1987, referring to the work that (predominantly) women take on that is unpaid and unregulated, for example domestic housework, childcare, and office admin (can you remember who organised your last work Christmas party?) This has sadly not changed in the last 35 years and has even increased circumstantially over the last two years. “Unfortunately during the pandemic the burden of invisible labour on women increased massively…homeschooling was a reality for many parents and for the most part it was really women and mothers who bore the brunt of that increase.” Otegha predicts that in years to come we will see a large economic effect on an entire generation of women who had to cut down their hours or stop working completely during the pandemic in order to care for their families.

Otegha’s MO has not always been that of a financial guru —before this shift, she founded the creative community Women Who, that ran between 2016 and 2020 and was a platform on which women were empowered through newsletters, podcasts, and practical advice. Encouraging women to “think, work, and live better” was at the top of the to-do list for Otegha. Despite closing the platform in 2020, there is still a strong emphasis throughout her work of giving women the tools that they need to survive and thrive in this man’s world. We Need to Talk About Money dives into the Beauty Tax that women fall subject to and even uncovers the correlation between being ‘well-groomed’ and earning a higher salary as women, with ‘poorly groomed’ women earning around 40% less than their primped counterparts, thereby making the beauty work pretty imperative. On average, women will spend around £70,000 on beauty regimes and products in their lifetime!

What we have taken away from our conversations with Otegha is really how to sit with our own awkwardness and lean into it to be able to bring up some uncomfortable topics and talk openly about them. “If you sometimes have more negative emotions associated with talking about money or you don’t know how to address them with their friends or their family or their partner or their colleagues and I think that taking a blanket policy of diving straight into it has helped to dispel some of those more awkward, tricky situations.”

Otegha’s aim with her work is to arm us with the tools and information necessary to not only have these conversations about money but to succeed in them. So, whether it is asking your boss for a raise or splitting the bill with friends, these cash conversations will always be circling and, like it or not, we have to engage. It may take time to feel totally at ease but you can bet your bottom dollar that taking this first step will, one day, be worth its weight in gold. 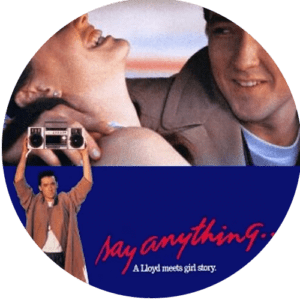 “It’s such a super-sweet teen coming of age story – not much happens but that’s sort of the appeal.”
2:
Sliding Doors
Amazon Prime 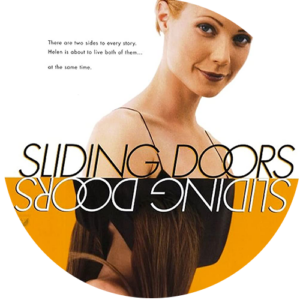 “It makes me nostalgic for London in the 90s – and the fashion is impeccable.”
3:
Harsh Reality: The Story of Miriam Rivera
PODCAST 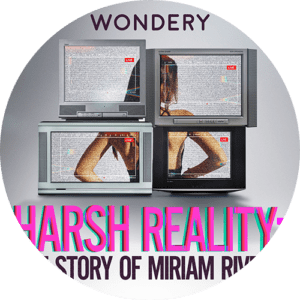 “It’s a damning indictment of so many terrible aspects of our society – tabloid culture, transphobia to name a few, compellingly told.”
shop.
"Power Dressing"

Money Talks and so do Otegha's shop choices this week. From Le Backless top to her favourite Sunday morning caramel spread. Eye spy as well the shining hoop earrings that Otegha wears in the film. 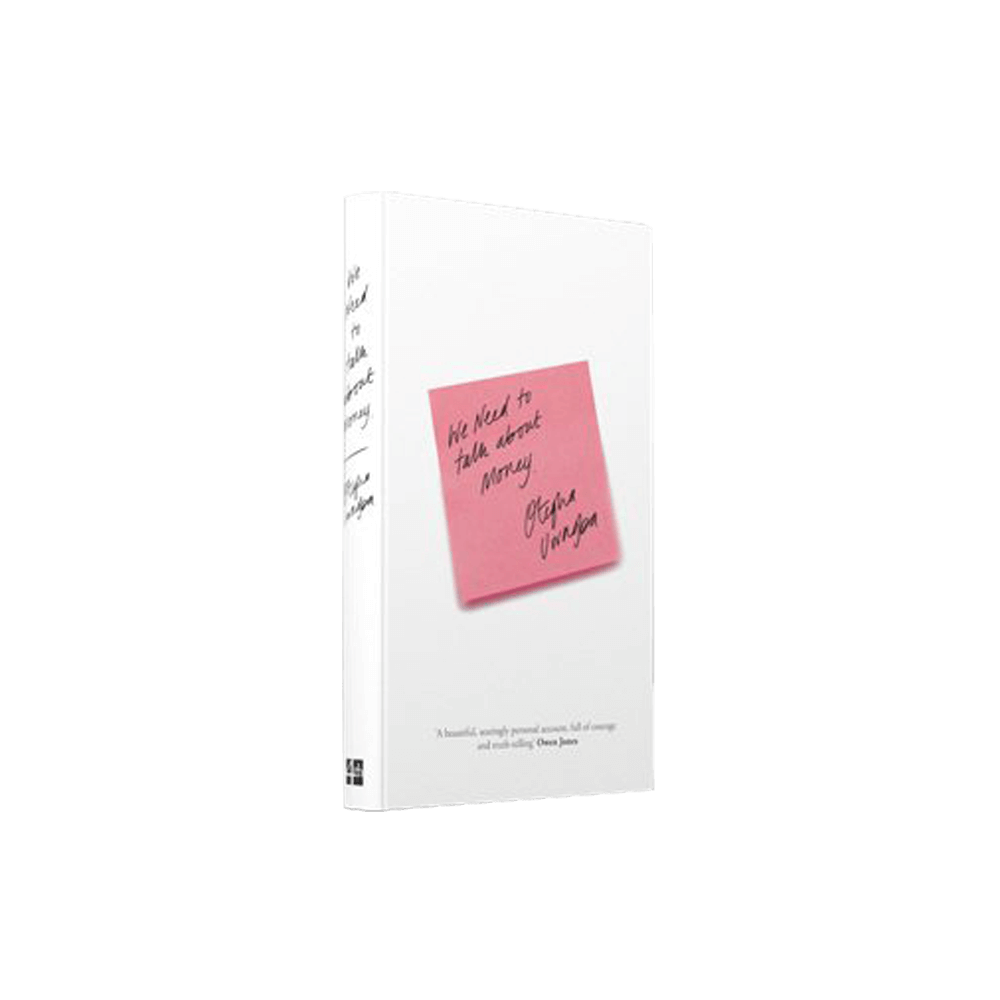 We Need to Talk About Money
Otegha Uwagba
£14.99 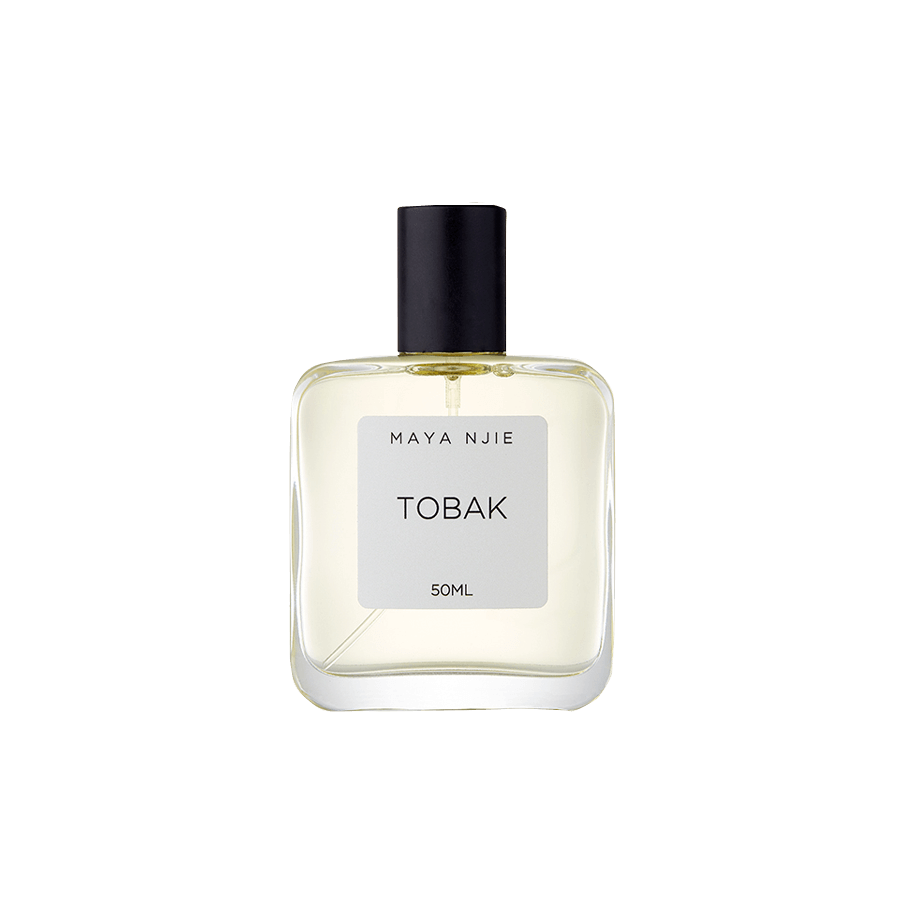 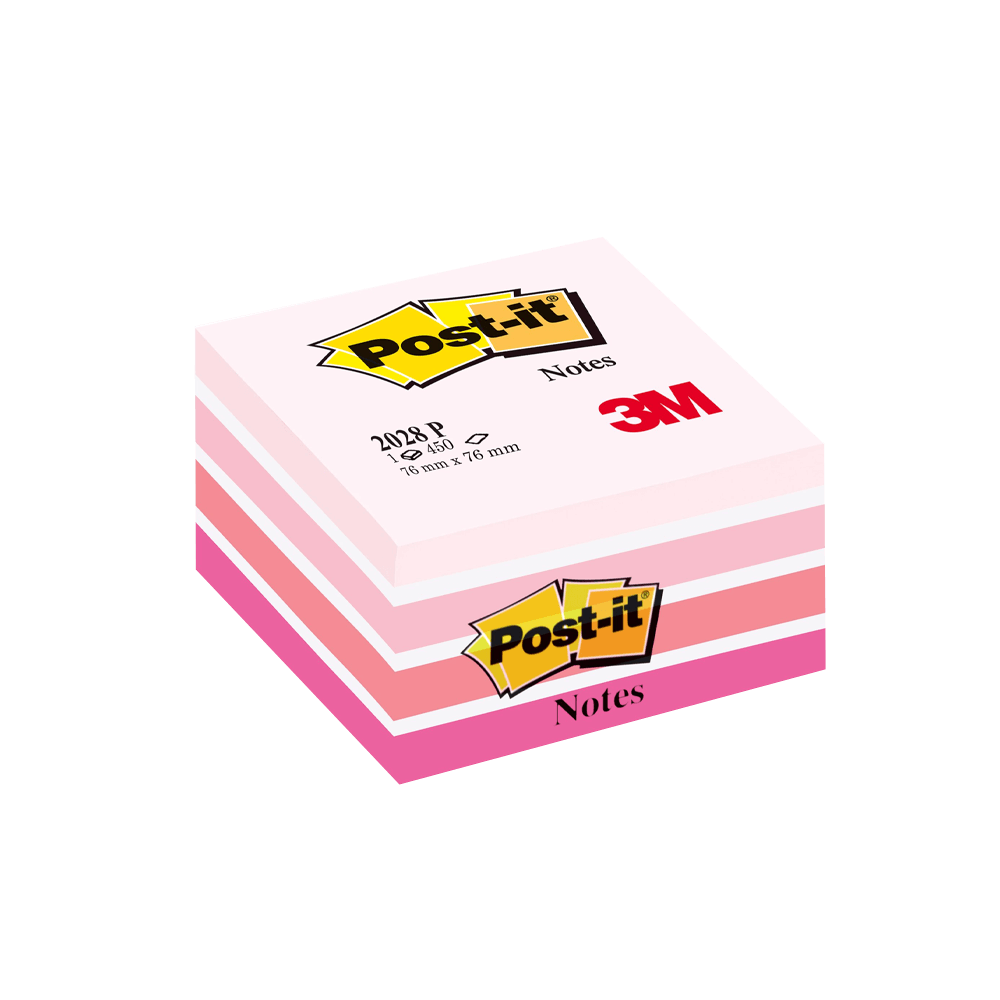 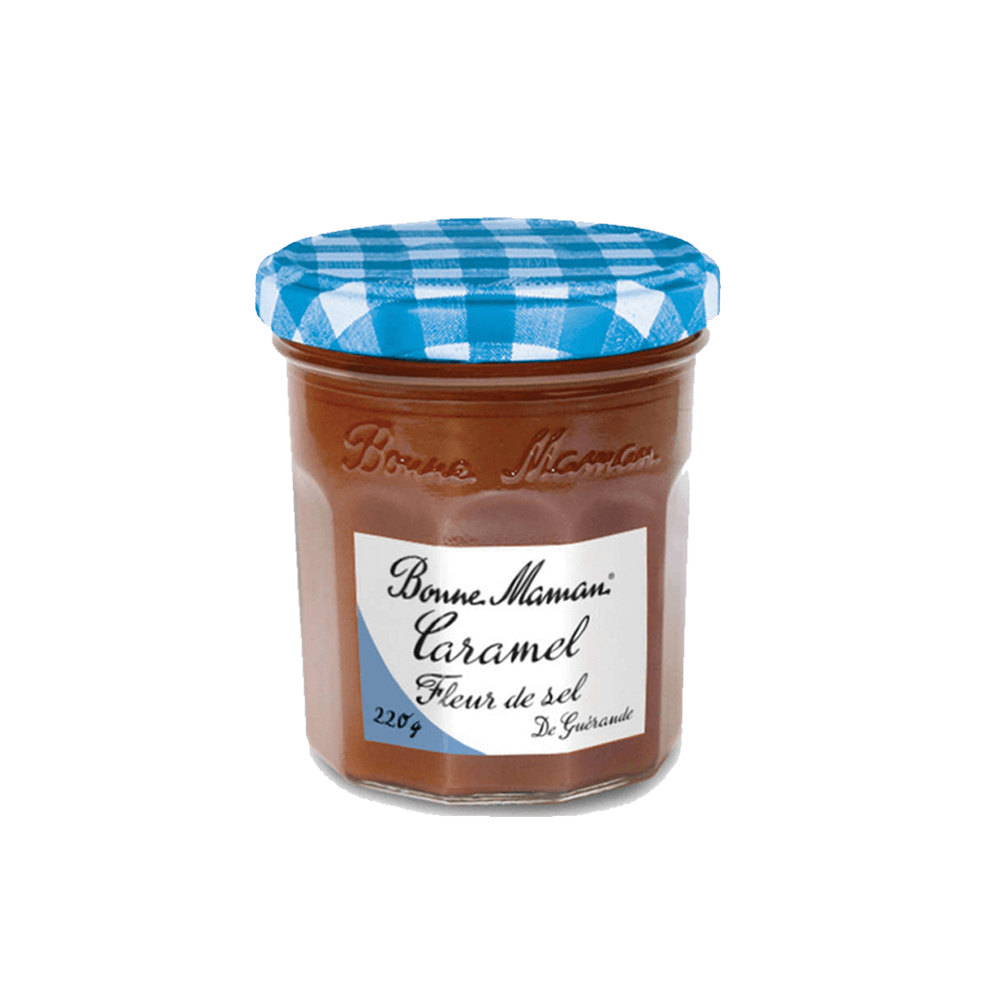 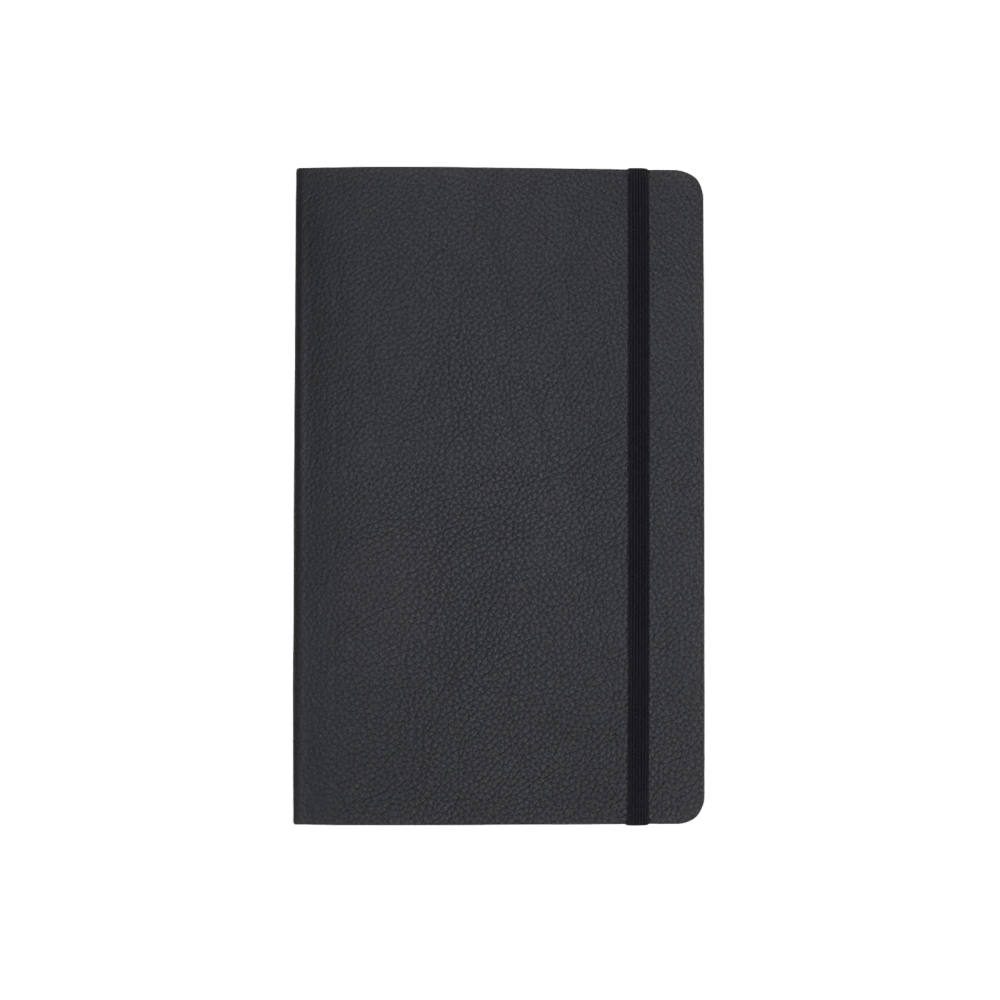 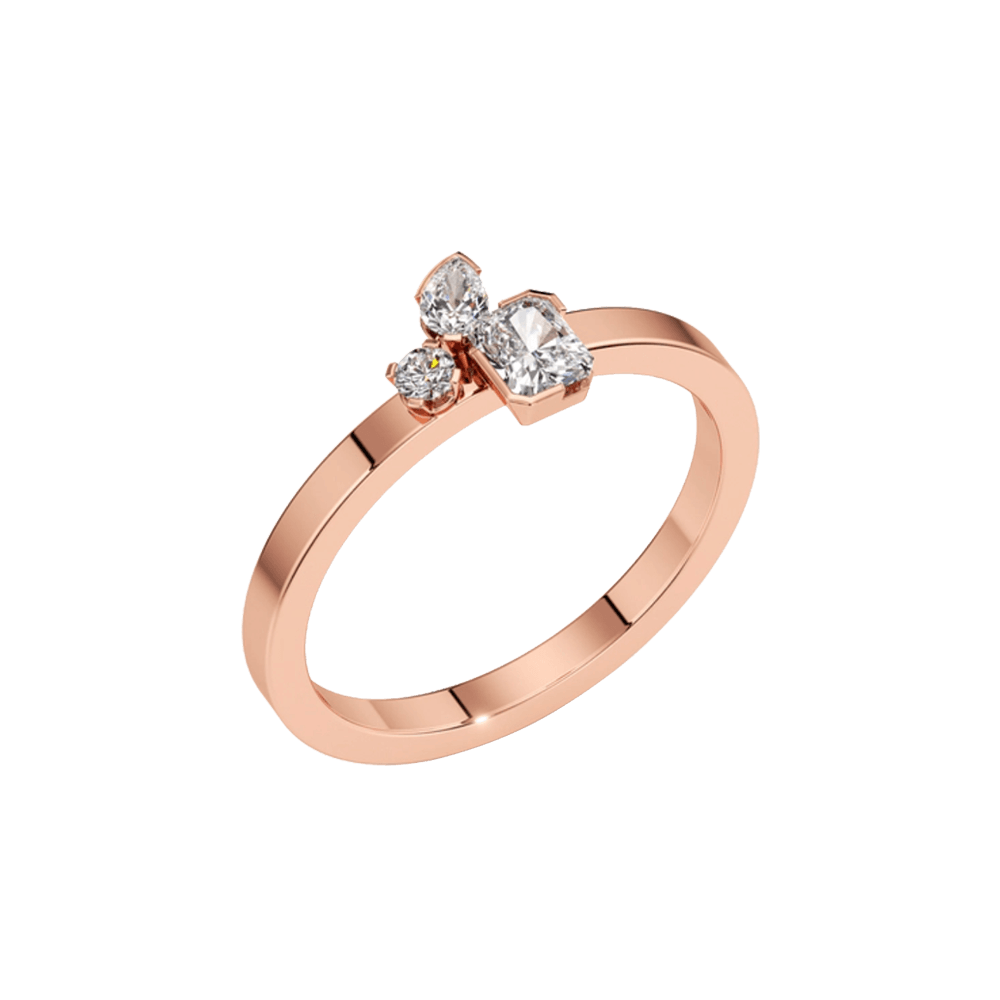 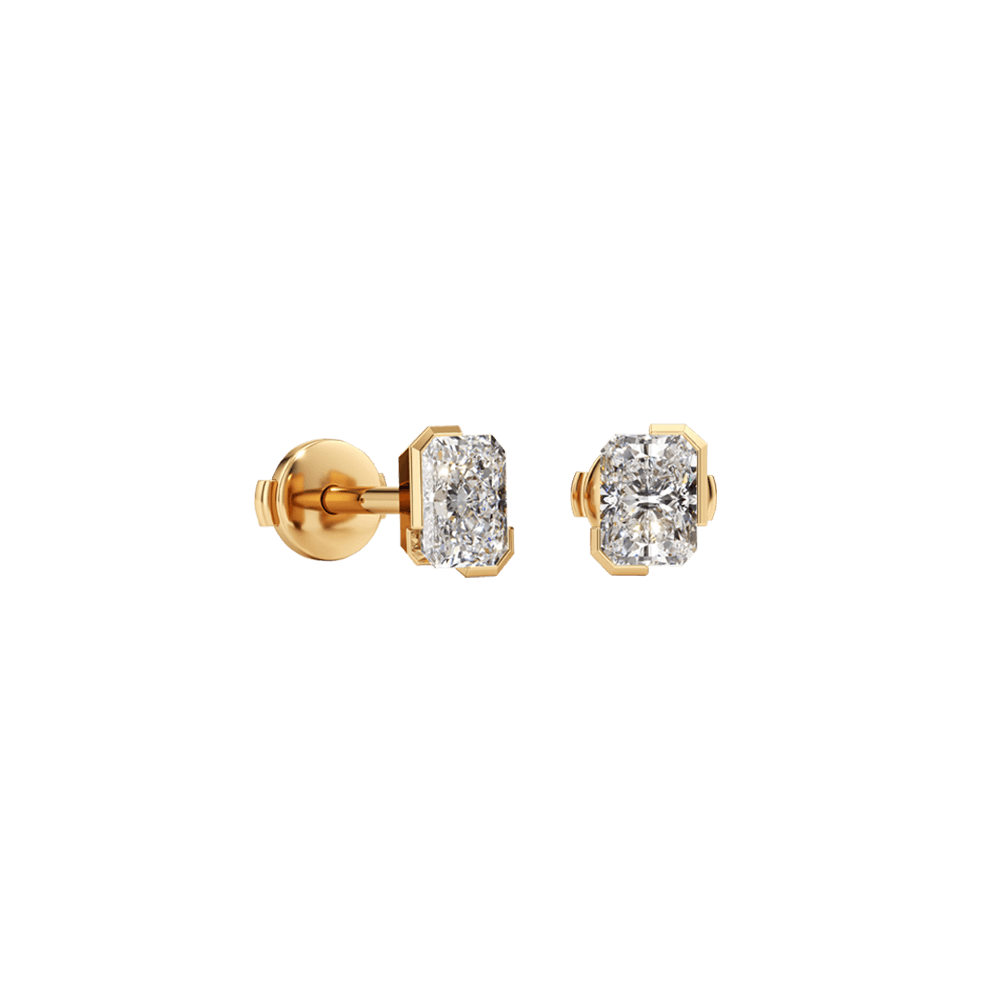 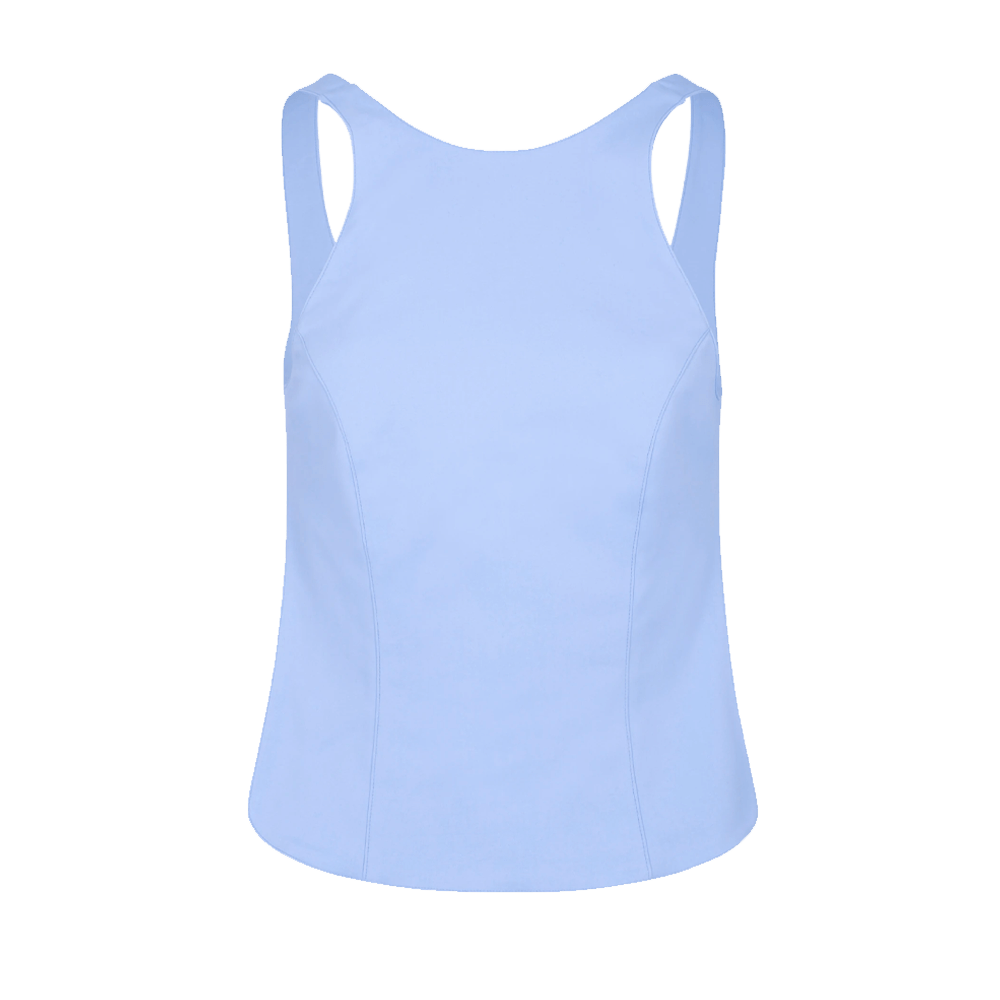 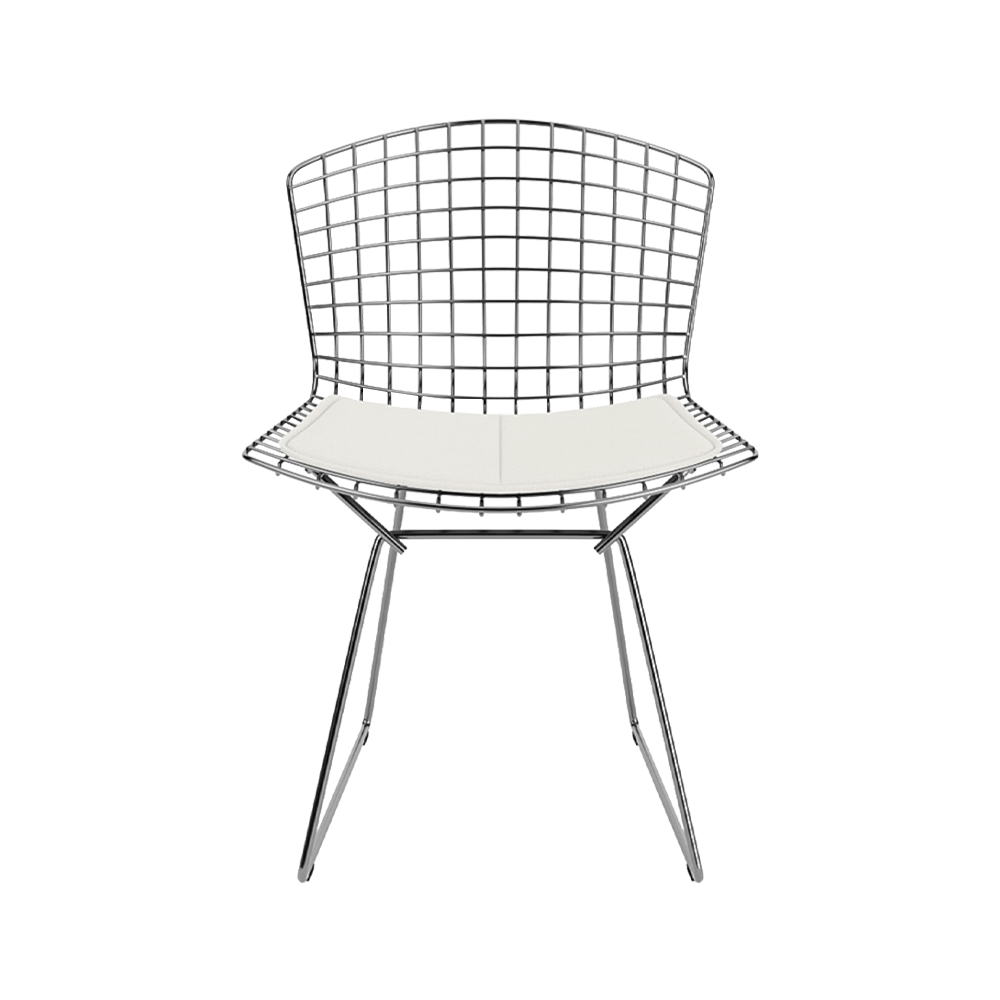 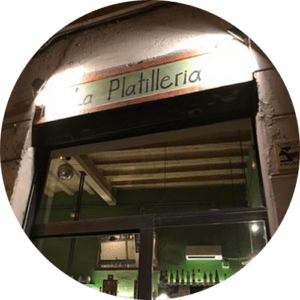 “A little neighbourhood restaurant with amazing food – get a table outside and while away an entire evening.”
Duck Soup
41 Dean St, London W1D 4PY
United Kingdom 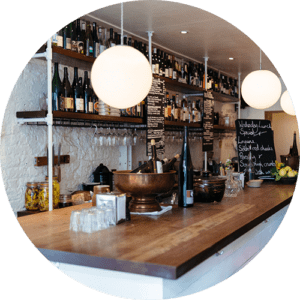 “Go with at least 2 or 3 other people, so you can try more dishes from the menu between you.”
Rita’s
49 Lexington St, Carnaby, London W1F 9AP
United Kingdom 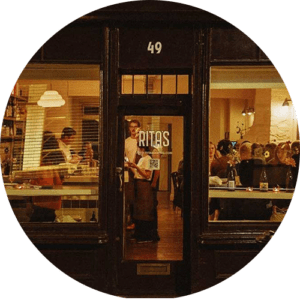 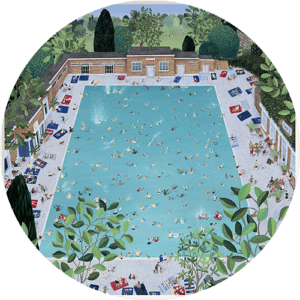 “Arrive early to get a slot for the lido during the summer – once you’ve had your swim, laze around in the park for the rest of the day.”
Ottolenghi
63 Ledbury Rd, London W11 2AD
United Kingdom 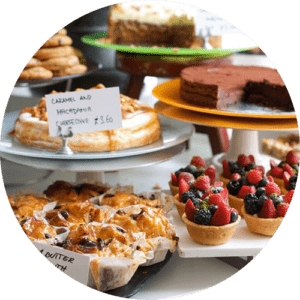 “I have a real sweet tooth, so every now and then I treat myself to a few of their cakes and pastries – divine.”
read.
"Instructive Introductions"
It would take one hundred years of reading to get through our never-ending bookshelf but Otegha’s recommendations are a good place to start.
1. 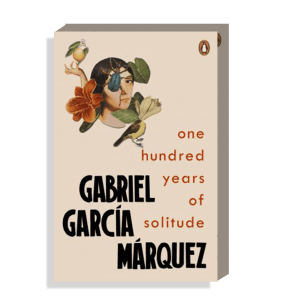 One Hundred Years of Solitude
by Gabriel García Márquez
“This book was my introduction to magical realism as a genre, so it holds a special place in my heart.”
BUY
2. 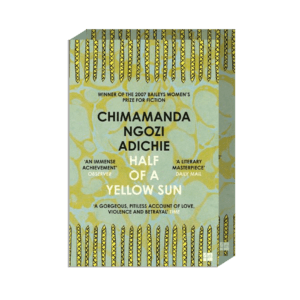 Half of A Yellow Sun
by Chimamanda Ngozi Adichie
“My mother gave me a copy of this as a teenager, and I still think it epitomises everything that a good novel should achieve.”
BUY
3. 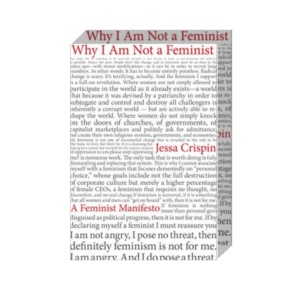 Why I’m Not A Feminist
by Jessa Crispin
“It’s a brilliant analysis (and takedown) of contemporary feminism, that really informed my thinking when I was writing We Need To Talk About Money.”
BUY
4. 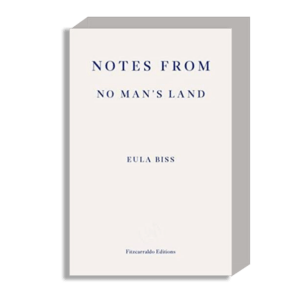 Notes from No Man’s Land
by Eula Biss
“Biss is a fantastic essayist, and I found reading this incredibly instructive when it comes to form.”
BUY
5. 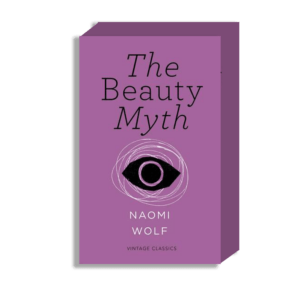 The Beauty Myth
by Naomi Wolf
“This book is so timeless – it was written more than three decades ago but it’s surprising how many of its observations around women and beauty still hold true today.”
BUY
6. 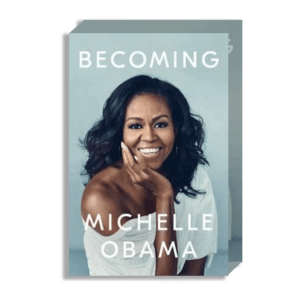 Becoming
by Michelle Obama
“I found her life story – particularly her childhood years – incredibly moving.”
BUY
ask.
"My willingness to stand my ground."
Get to know Tastemaker Otegha Uwagba like you never have before.

What does the word “taste” mean to you?
Otegha:
Not following the crowd or engaging with things just because other people think they’re ‘cool’.

Do you have a life motto that you live by?
Otegha:
If you’re not enjoying the journey, then the destination isn’t going to be any better.

What was the last thing that made you laugh?
Otegha:
An episode of Girlfriends.

What are your favourite qualities in a human being?
Otegha:
Loyalty, generosity, honesty.

Who is your hero?
Otegha:
Something of a cliché, but my parents.

What is your biggest flaw?
Otegha:
Probably my fiery temper.

What is your best quality?
Otegha:
My willingness to stand my ground.

What would your last meal on earth be?
Otegha:
The pappardelle al ragu from Trullo in Highbury.

What does success mean to you?
Otegha:
Financial security.

If you had the power to change anything you wanted in the world, what would you change?
Otegha:
I’d delete social media. 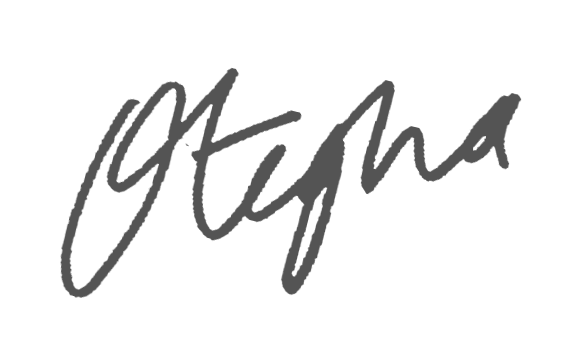 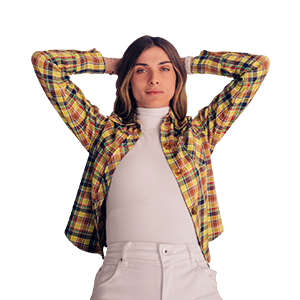 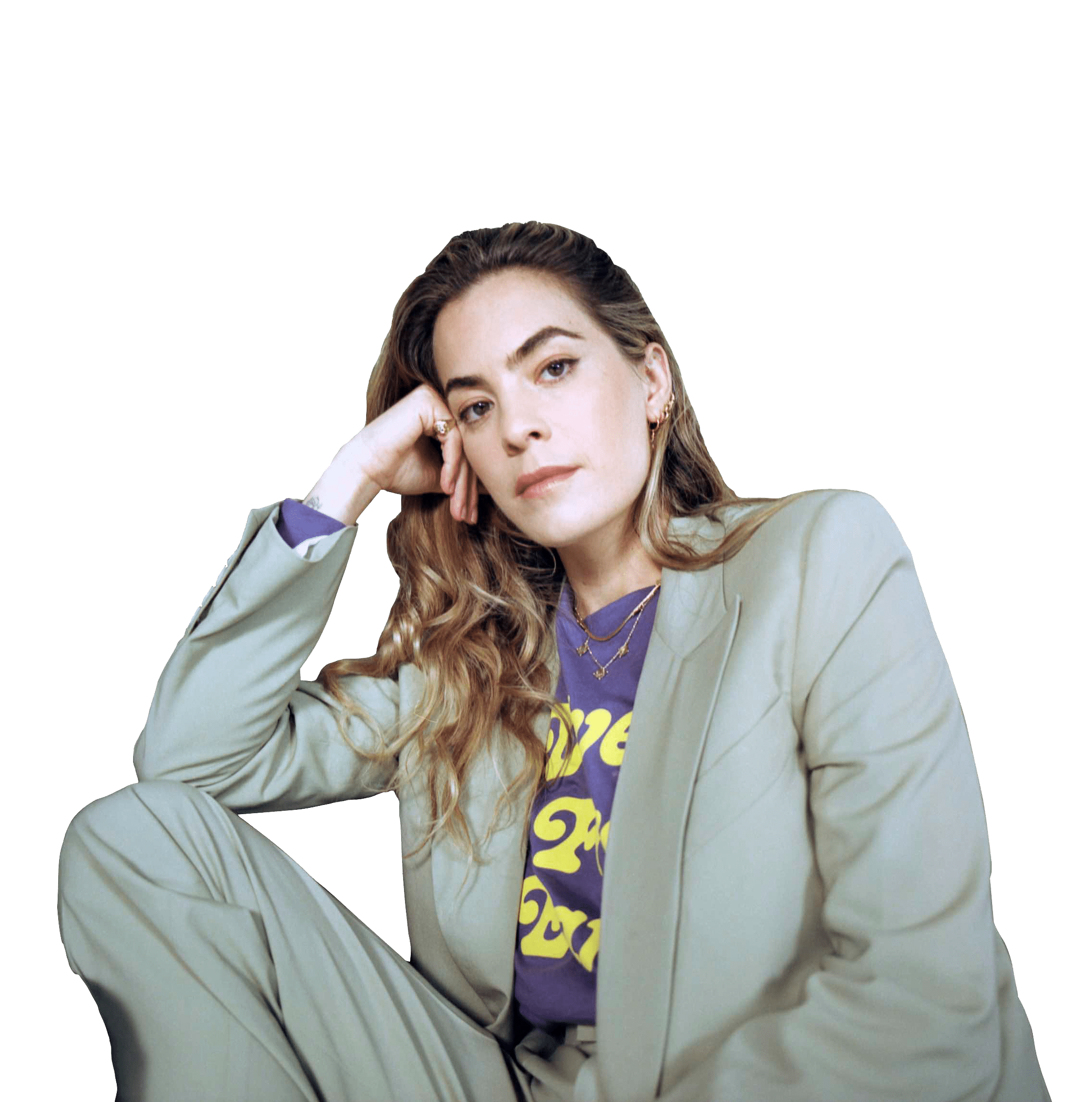 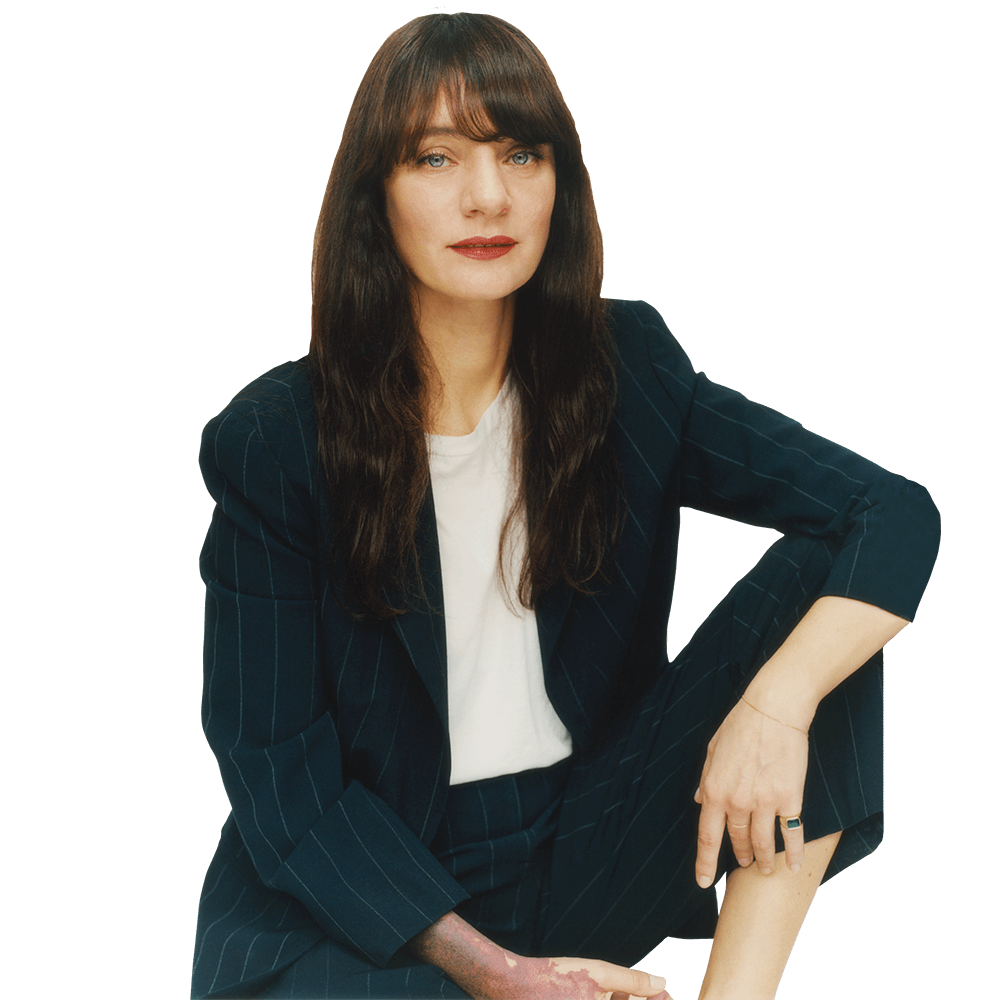