×
Yinka.
meet.
"Colour Crazy"
Yinka Ilori—artist, designer, North London resident—creates upcycled art, his ultra-colourful forms becoming park benches, chairs, playgrounds. The vibrant technicolor of his art suggests that the scaffolding of everyday life has untapped potential. Yinka himself, chatty, stylish, prolific, makes pieces that pay tribute to the Nigerian parables that formed him. Yinka told Semaine: “I was giving these objects new narratives that were inspired by my British and Nigerian heritage, bringing a different voice within my practice, and bringing an insight into my upbringing and my identity.” In so doing, his diverse forms hum with the vibrancy of inner life.
Yinka’s colourful upcycling has had Adidas, Kvadrat, Somerset House, and Selfridges come calling. The notion of reusing everyday objects came from his first visit to Nigeria: “I saw how people reused everyday objects as forms as seating; the idea that whatever they have has to last them for a long time. Whereas in London there’s this kind of fast paced way of thinking where trends and seasons change very quickly—we always want to catch up.” Yinka’s chairs became his vocabulary early on, almost as accident, for he is shy, and they are strong props: “Using chairs to tell stories is quite powerful, because I can create a narrative and tell a story within this object, and I can run away and leave this chair in a public space, and let the audience make their own assumption or interpretation of what they’re looking at.”
What Yinka then makes is a playground to his mind, but also a ladder to his childhood, his upbringing: “I celebrate both my cultures, within design, and give the audience an insight into my life, into my culture and I think to use the chairs was the first thing that I found to express that.” The colours and the forms themselves are designed with joy in mind. The same was true of the lessons learned in his childhood. What Yinka has done with his chairs and playgrounds is distilled the language of his youth into a palette.
Images by Jermaine Francis.
What is the purpose of colour? To unravel the seams of our DNA and reveal a feeling, unstitch us on some level of biology to emit a feeling. This is what the design of Yinka accomplishes. It also safeguards the Nigerian parables of his youth in the process: “I’ve felt that, in design, it wasn’t a true representation of how diverse London is and the U.K. is.” He is trying, in a way, to create his own vocabulary with these forms. It’s one that is mostly spoken through technicolour, but in 2020 he did move, or was moved, to words—producing limited signed and number prints of “As Long As We Have Each Other We’ll Be Ok”, and making public banners of these for the NHS at the outset of the COVID-19 pandemic.
The stories of our childhood stay alive inside us; hopefully, if we manage to sustain them. Looking at Yinka’s forms, one feels a certain peace: “ [They are] things that give people who inhabit my spaces a sense of belonging and a sense of ownership which I think for me was quite key.” Engaging with them, it’s a peace that sinks even more deeply. Yinka fondly describes his parents dressing up to go out, no matter the task: “I watched them apply colour on a day to day basis, whether it’s to the corner shop, or to buy rice, every time they went out in a public space, it was an occasion.” These moments with his parents are gone, but they can be summoned, when Yinka needs them still. The phantasm of childhood is in every work of Yinka’s, and the liveliness of his efforts allows him to draw from the Nigerian diaspora in a way that feels alive. The sweet-and-salty knowledge of Nigerian proverbs delivers truth like a tonic. The forms of Yinka Ilori, are, then, rather like a form of good health. “I think you travel to search and you come back home to find yourself there”, Nigerian author Chimamanda Ngozi Adichie wrote. Yinka finds himself in colour. We are lucky to join him there.
By Jonathan Mahon-Heap for Semaine.
watch.
"Colorama"
This week, will make your eyes pop. Tune in as Yinka takes us through all aspects of his obsession with colour, from his upbringing to the importance of playing as an adult (rainbow Crocs included).
stream.
"Online with Ilori"
Look no further to get your dose of digital entertainment with Yinka’s recommendations.
1:
Spotify
APP 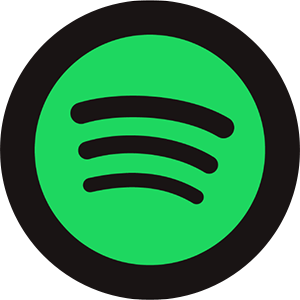 “I use Spotify all the time. Music is like therapy to me, and it is definitely one of the things that helped me get through lockdown. I listen to legends like Fela Kuti, King Sunny Adé, and a lot of UK artists too. A real mix.”
2:
Halfcast Podcast
APPLE PODCASTS 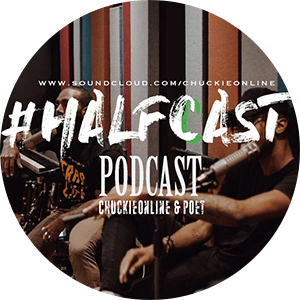 “They talk about everything- from current affairs, to music. It is presented by two guys called Chuckie and Poet.”
3:
Boyz n the Hood
JOHN SINGLETON 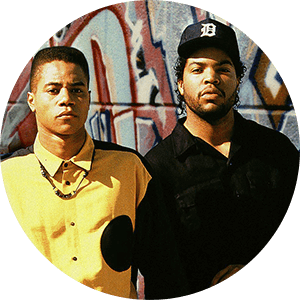 “This film has so many gems. It is also so relevant right now. It came out in 1991, and I was born in 1987, and I believe it covers issues that are still very much prevalent today. Such as; identification and police brutality. It is a Bible!”
4:
Friday
F. GARY GRAY, 1995 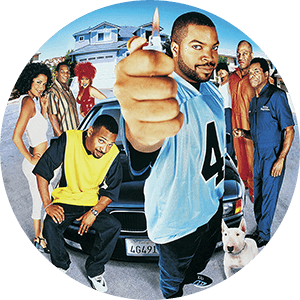 “I have been watching a lot of nostalgic films. Can always remember watching these with close friends and family. Friday has Ice Cube in and Chris Tucker- to legends who are iconic!”
5:
Dave Chappelle
NETFLIX 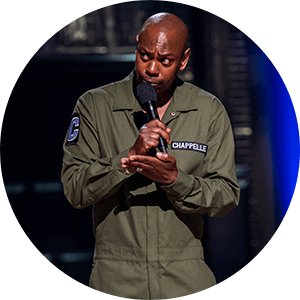 “I’m sure he is not everyone’s cup of tea, but he makes me laugh.”
6:
Mo Gilligan
INSTAGRAM 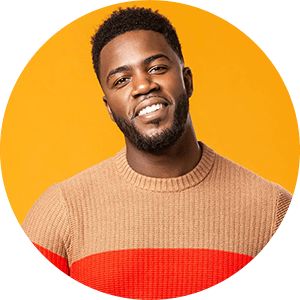 “He has recently been doing these live streams on Instagram called “Quarantine Games”, which have also been helping me get me through lockdown, it is quite basic in its format, but it is just great and really funny to watch and I love it!”
shop.
"Rainbow Shop"

Spring is upon us. And what would spring be without a new dash of colours? Yinka has chosen some colourful essentials to brighten up your days. 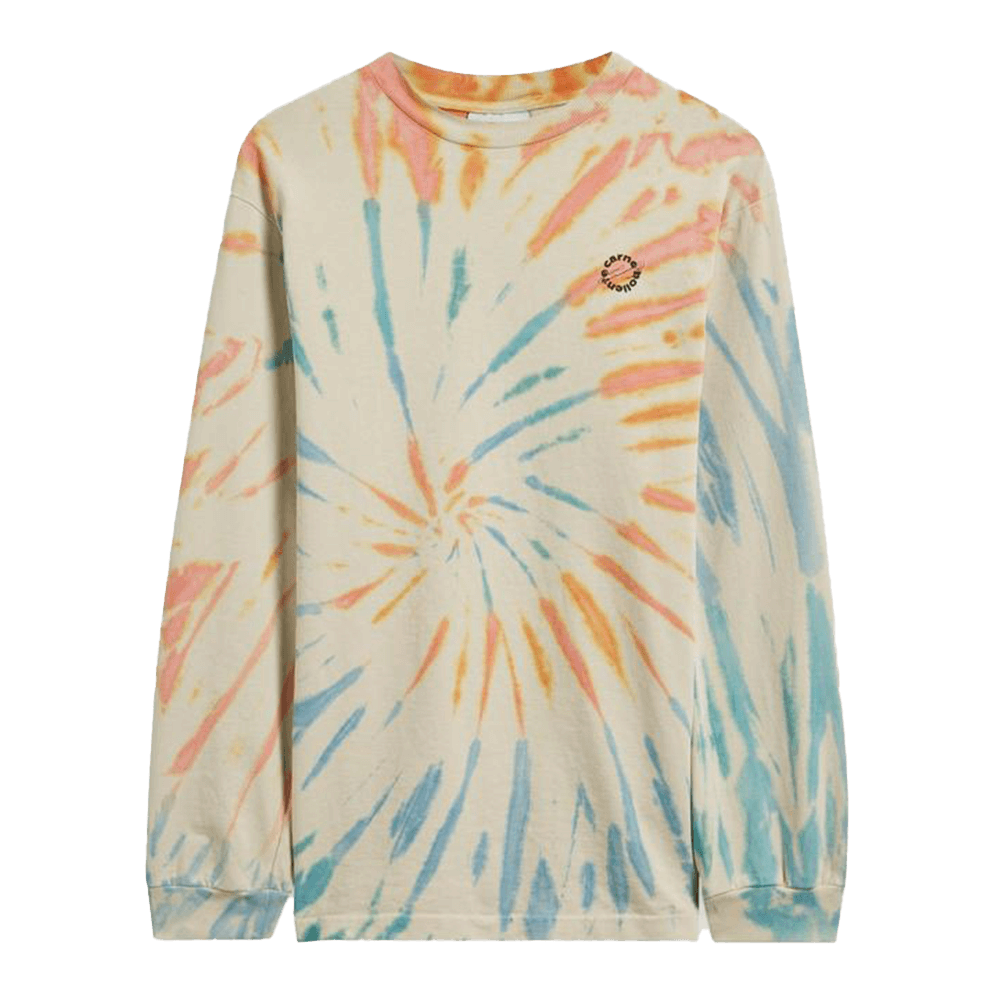 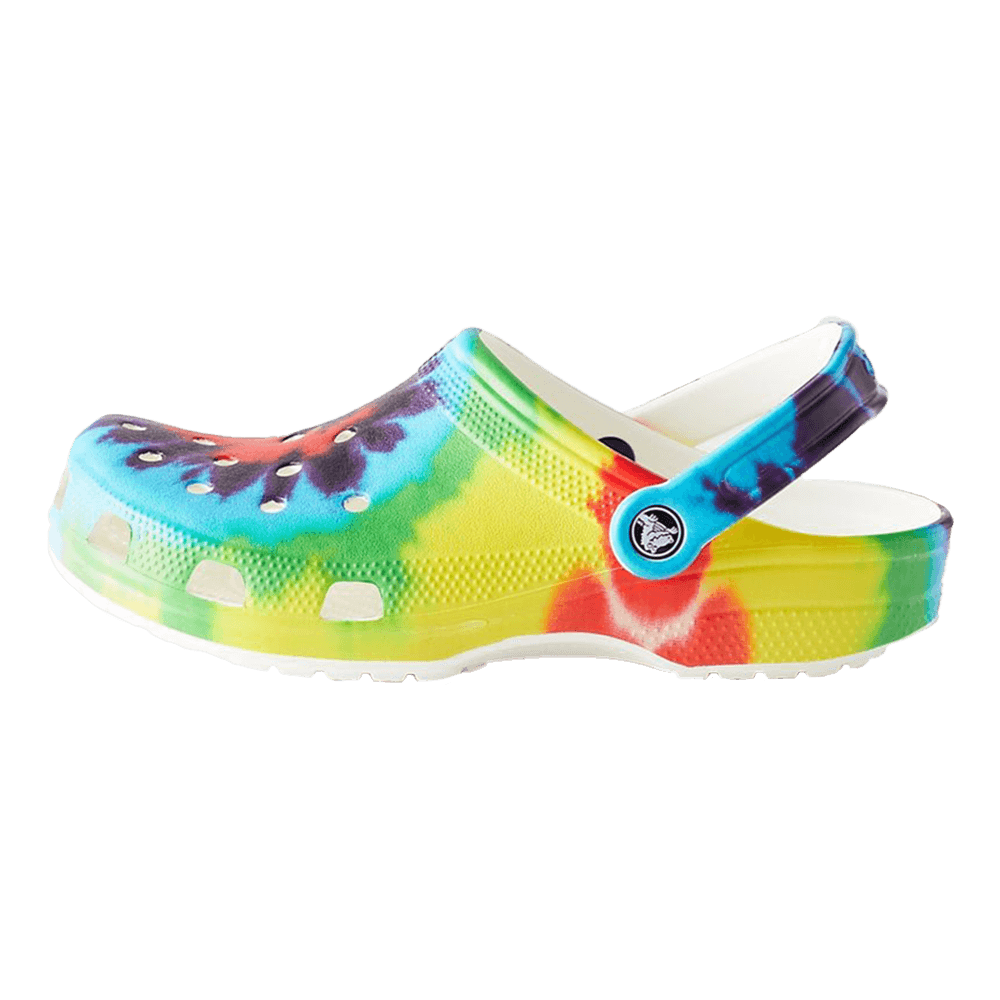 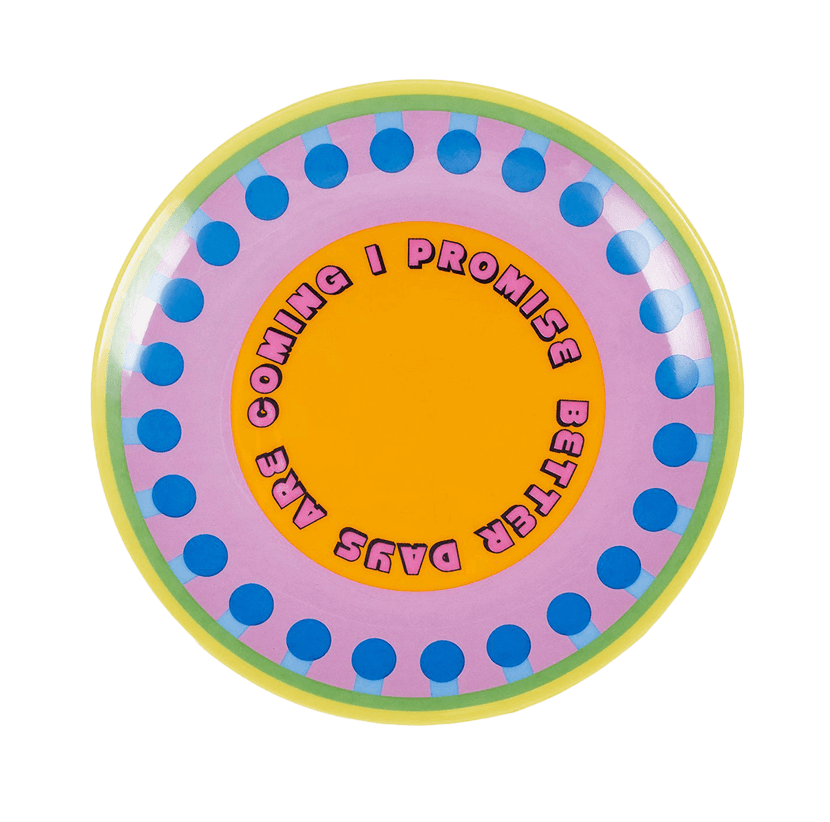 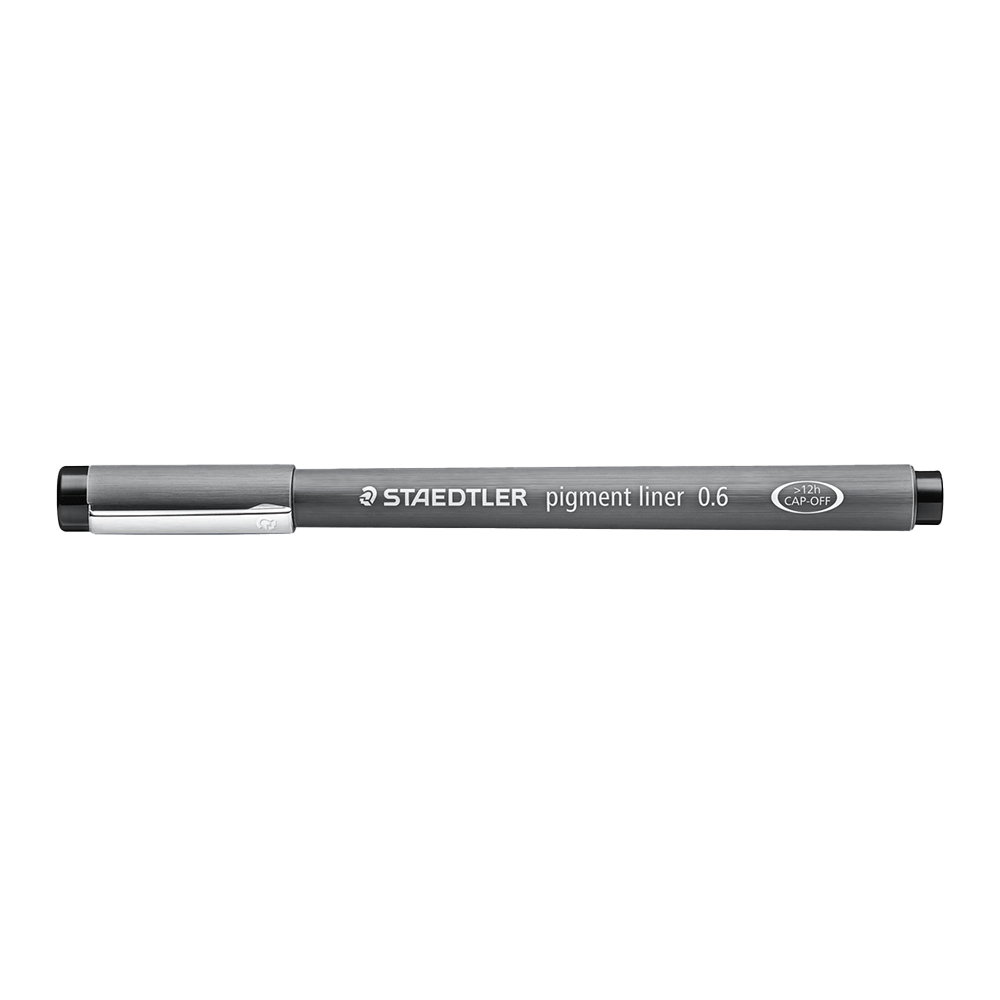 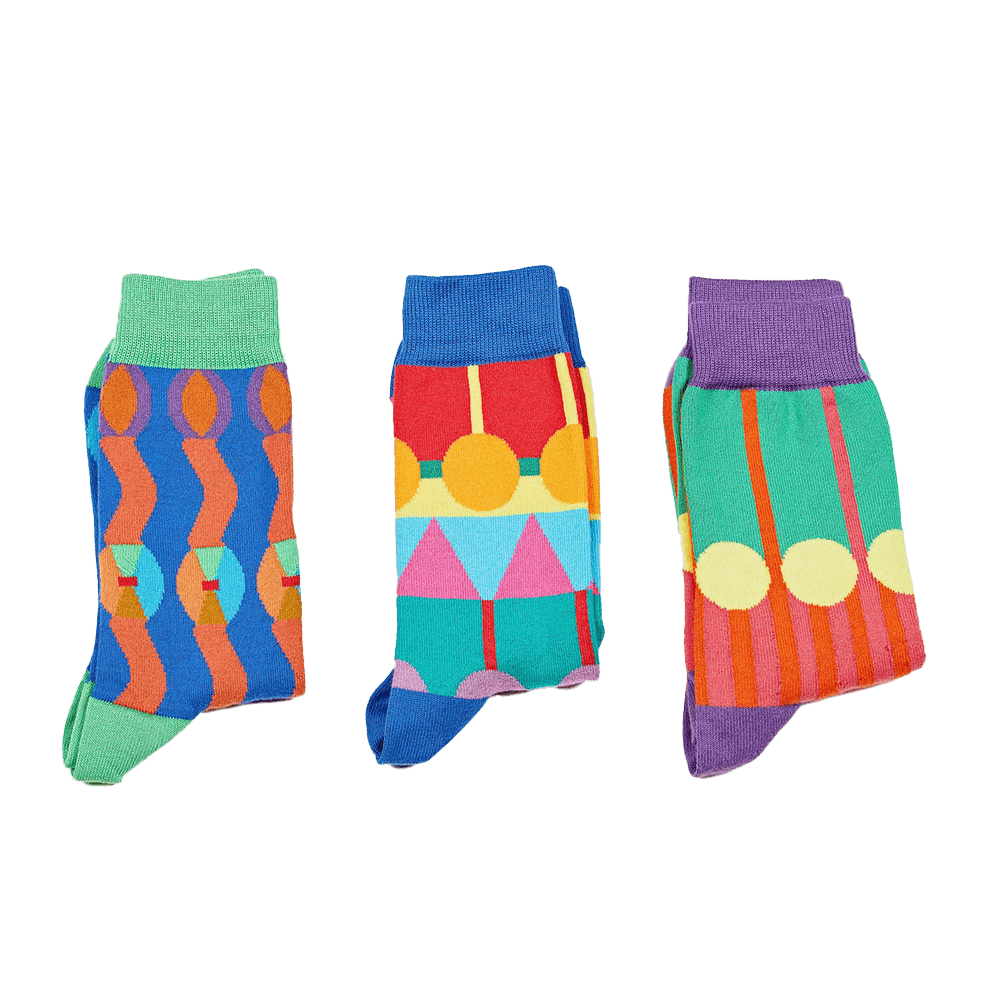 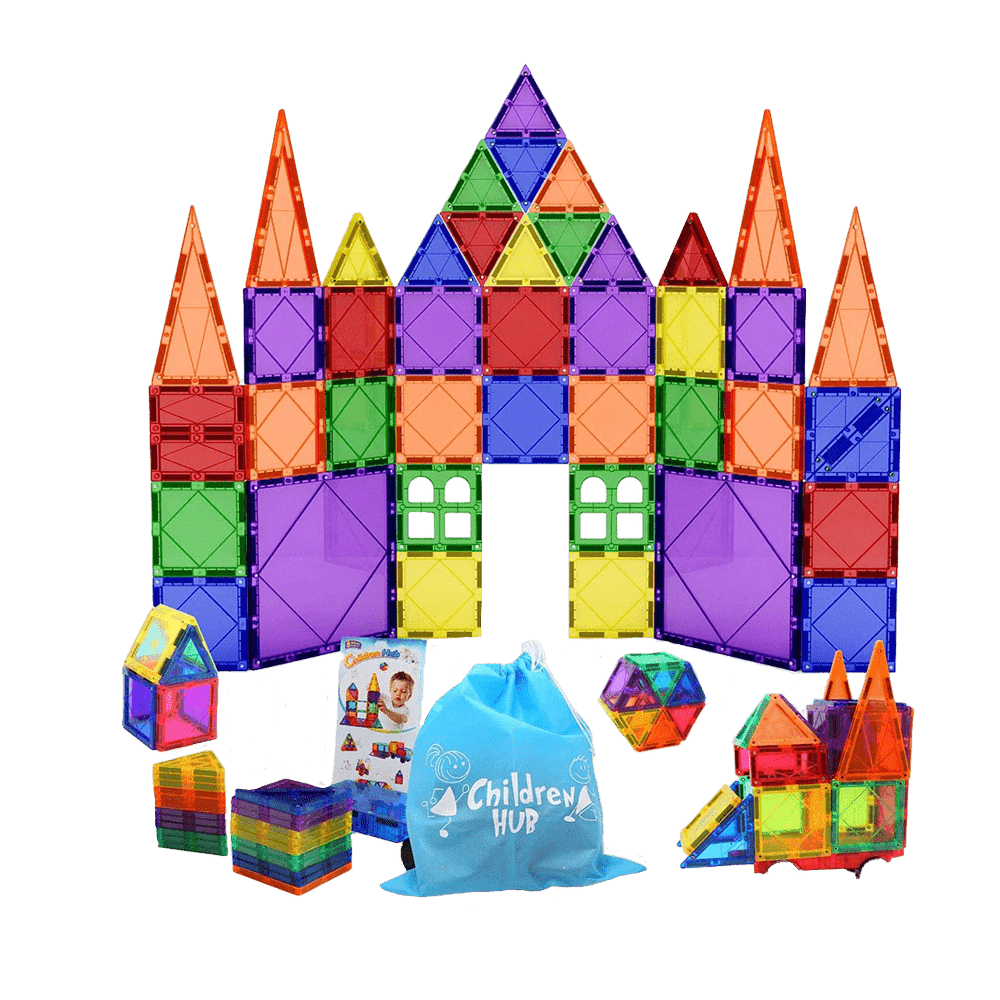 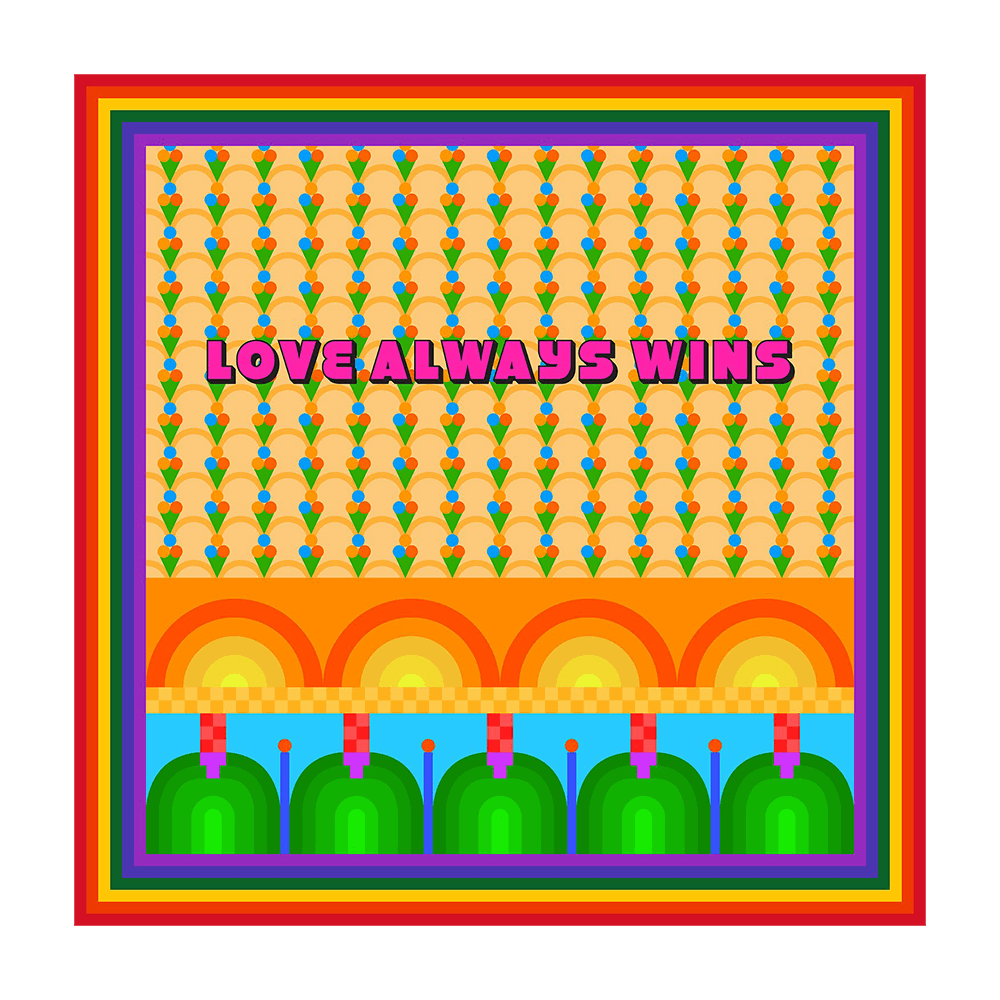 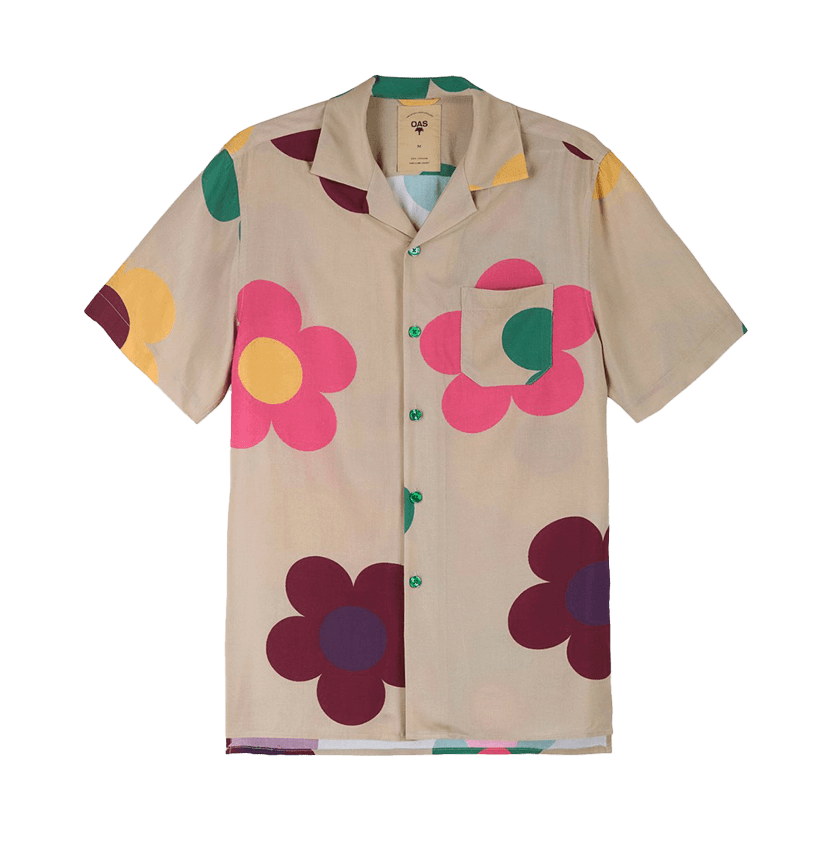 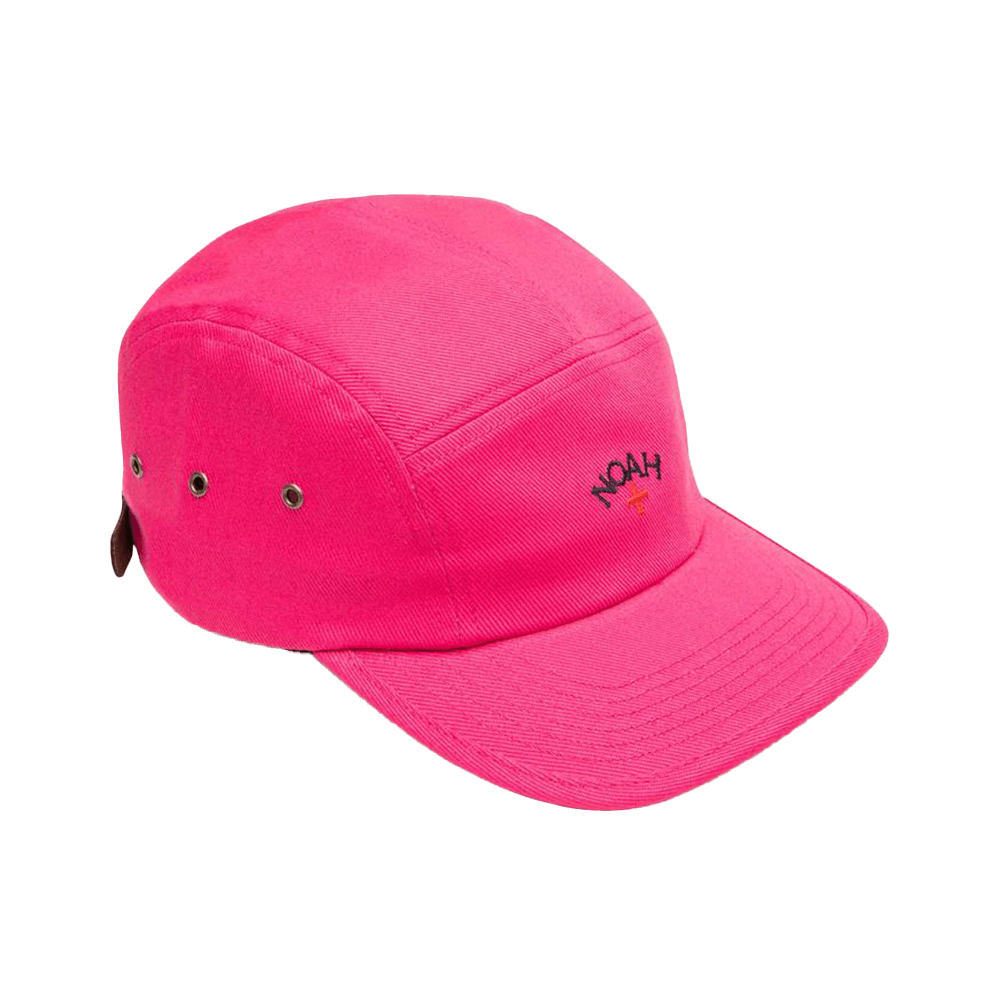 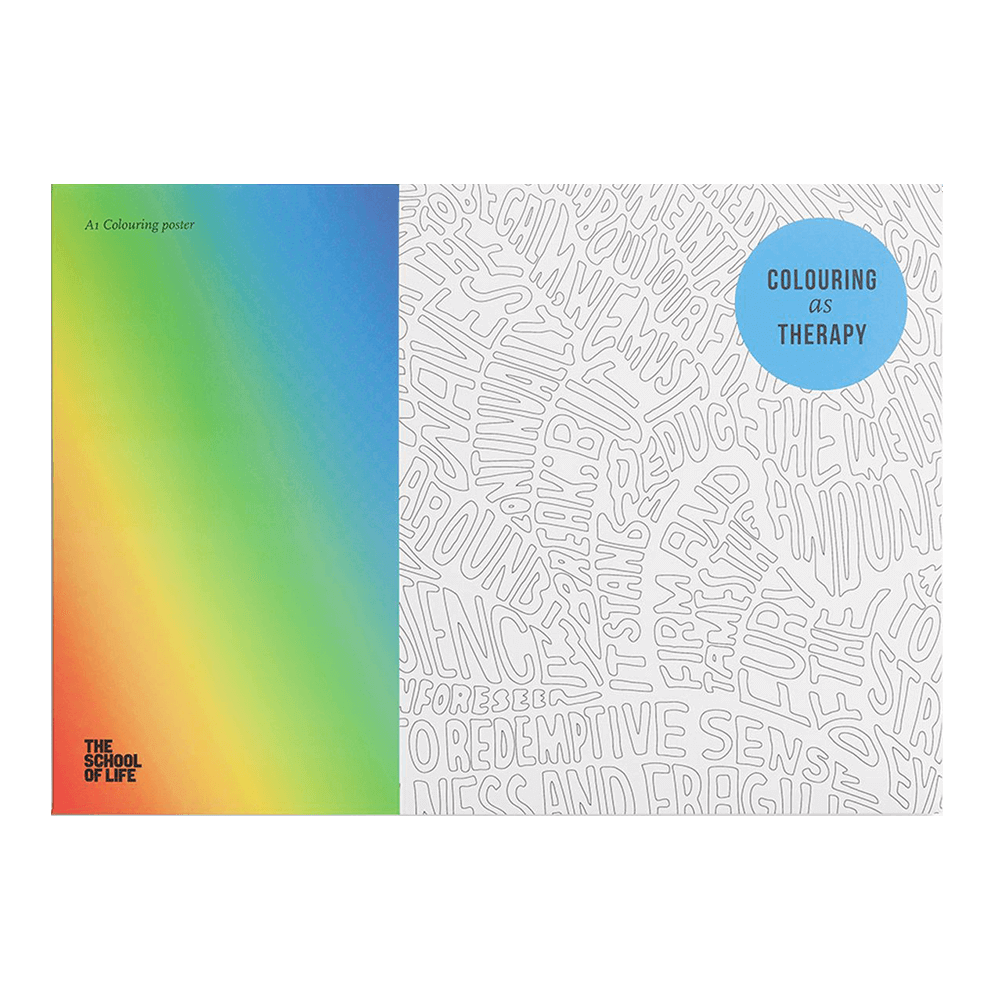 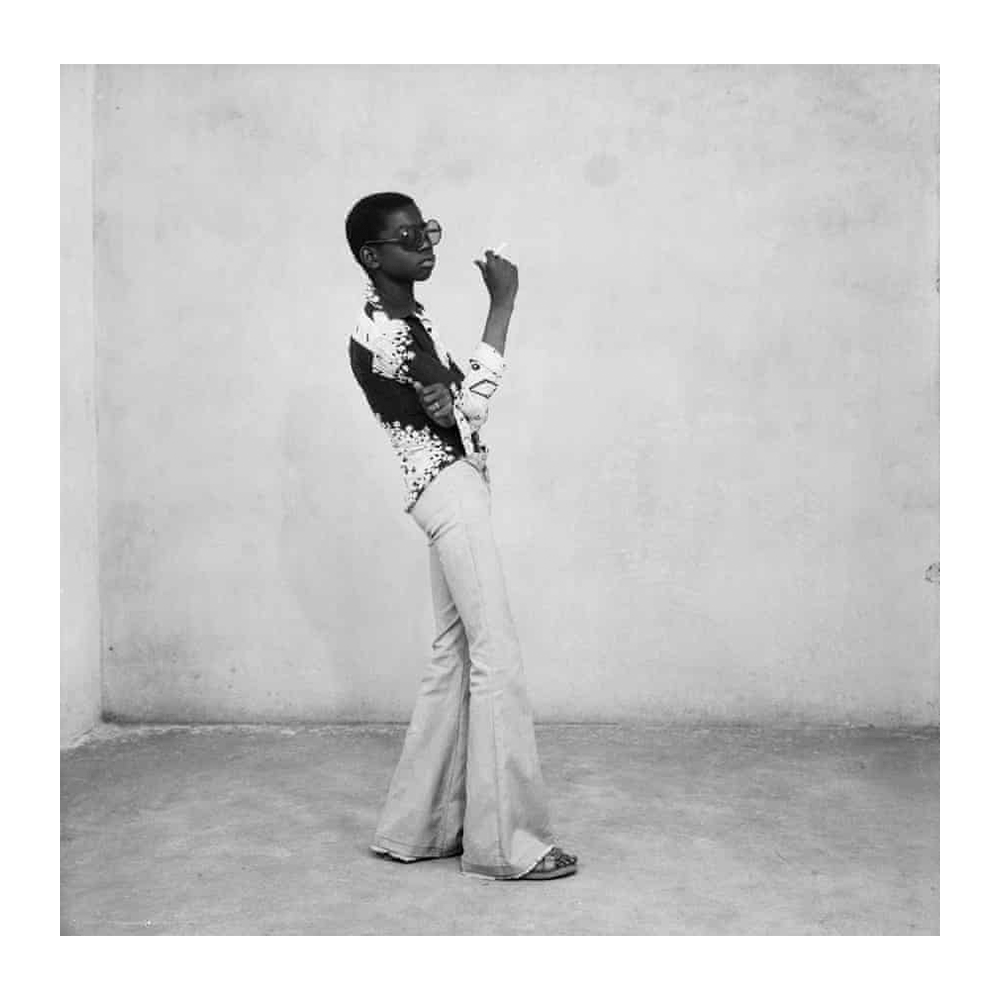 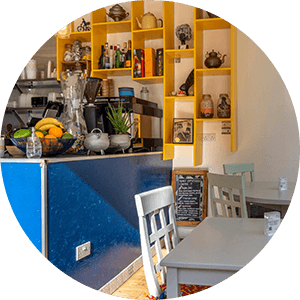 “It’s a Nigerian restaurant that has a Western twist. For example, they do this dish incorporating jollof rice, which is a traditional Nigerian dish, and they westernise it by making it almost like Arancini. You would think at first that it may be weird-but it works!”
Alara Lagos
12a Akin Olugbade St
Victoria Island, Lagos
Nigeria 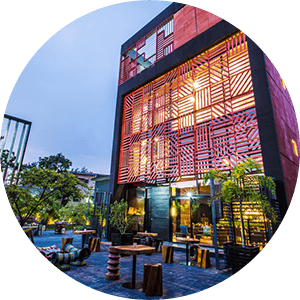 “In my opinion, it is one of the best concept stores in West Africa. It is designed by Sir David Adjaye. It has a lot of major international brands, and it also has some amazing Nigerian designers in there too. It also has a restaurant called Nok by Alara, which is great because the food in there is sensational.”
Ikoyi Restaurant St. James’s
1 St James’s Market
SW1Y 4AH London
United Kingdom 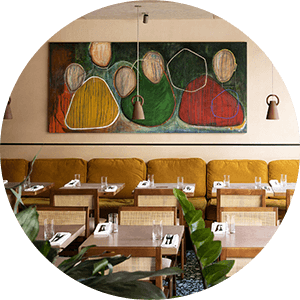 “This is another Nigerian restaurant that I love. Again, they take it to the next level. I ordered the Caramelised Plantain & Habanada Chilli and it was so nice!”
Royal Botanic Gardens Kew
Kew
Richmond, London
United Kingdom 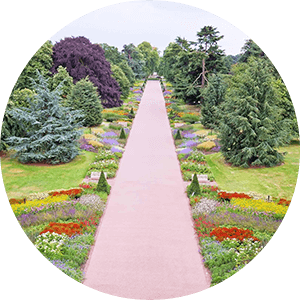 “I have been quite a few times since lockdown. They have an amazing greenhouse. And the botanical gardens make you feel like you are in a different country, as there is a real mixture of trees and plants from all over the world.”
Epping Forest 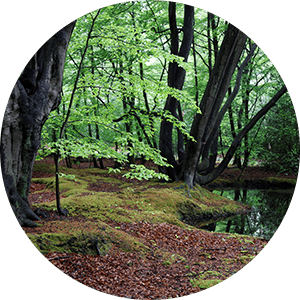 “I have been going to lots of parks during lockdown. This park has a lovely woodland and is a great place to go for some fresh air.”
read.
"Colour Masters"
1. 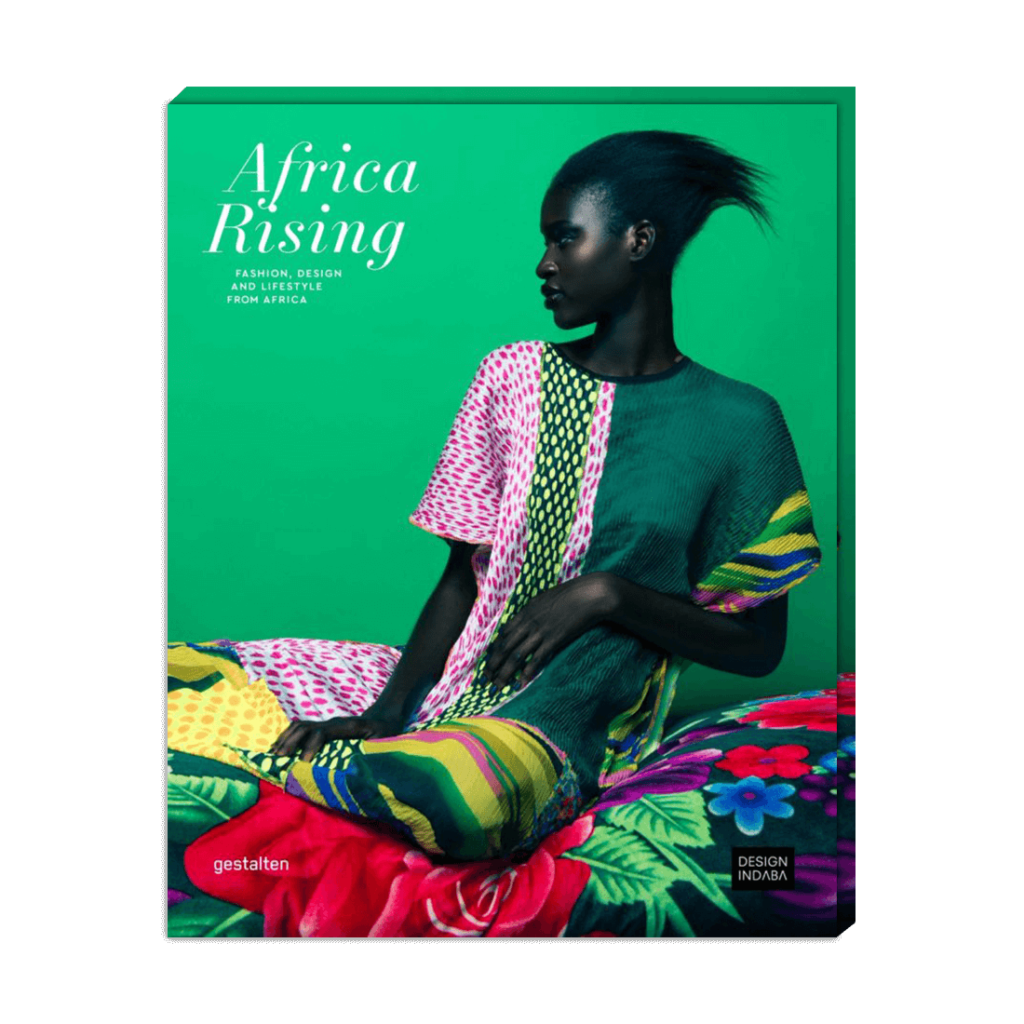 Africa Rising
by Gestalten
“It is a really beautiful book. I use it as a reference and for inspiration. For me, it is like a design Bible, in my opinion, it includes all of the design greats, as well as lots of up-and-coming creatives all over the African continent.”
BUY
2. 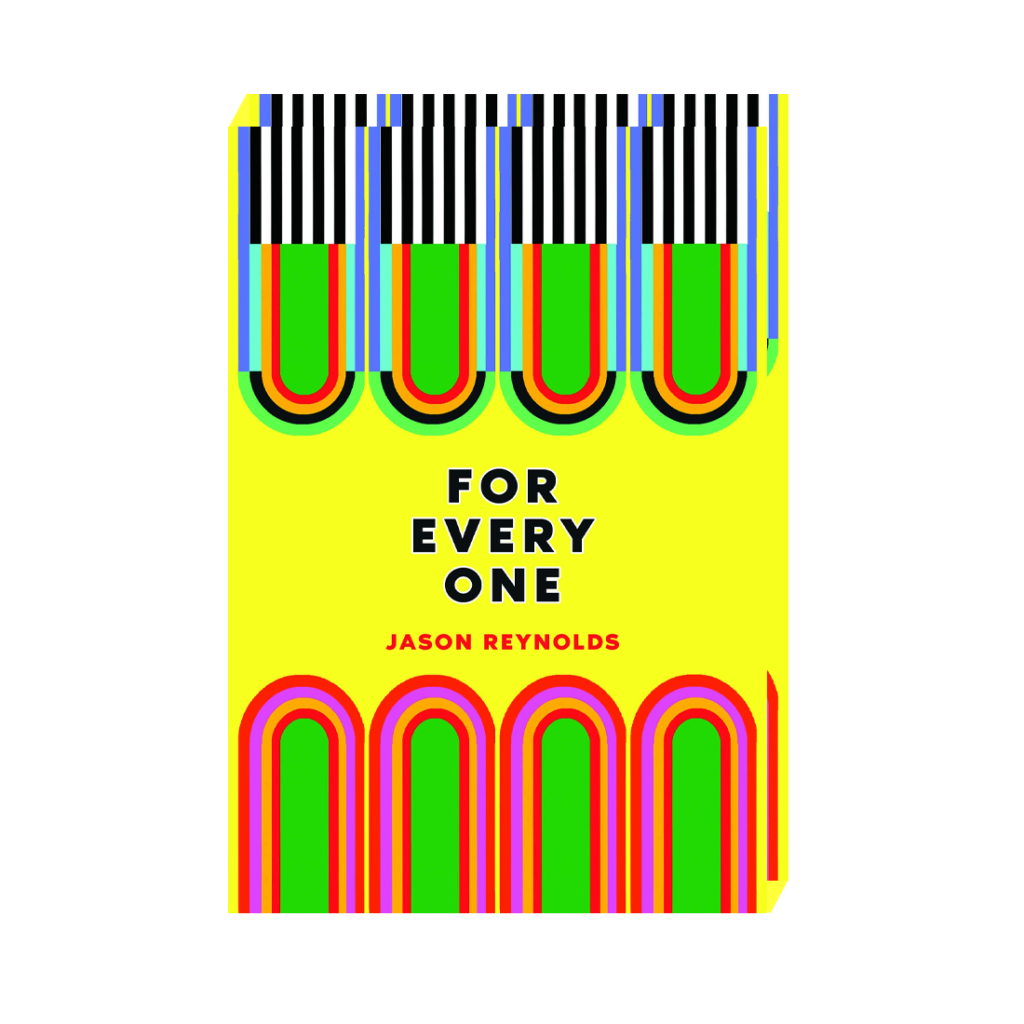 For Every One
by Jason Reynolds
“I designed the cover for this book. It is about the dreamer in everyone. It inspires you to keep dreaming and it reminds everyone that their dreams are attainable.”
BUY
3. 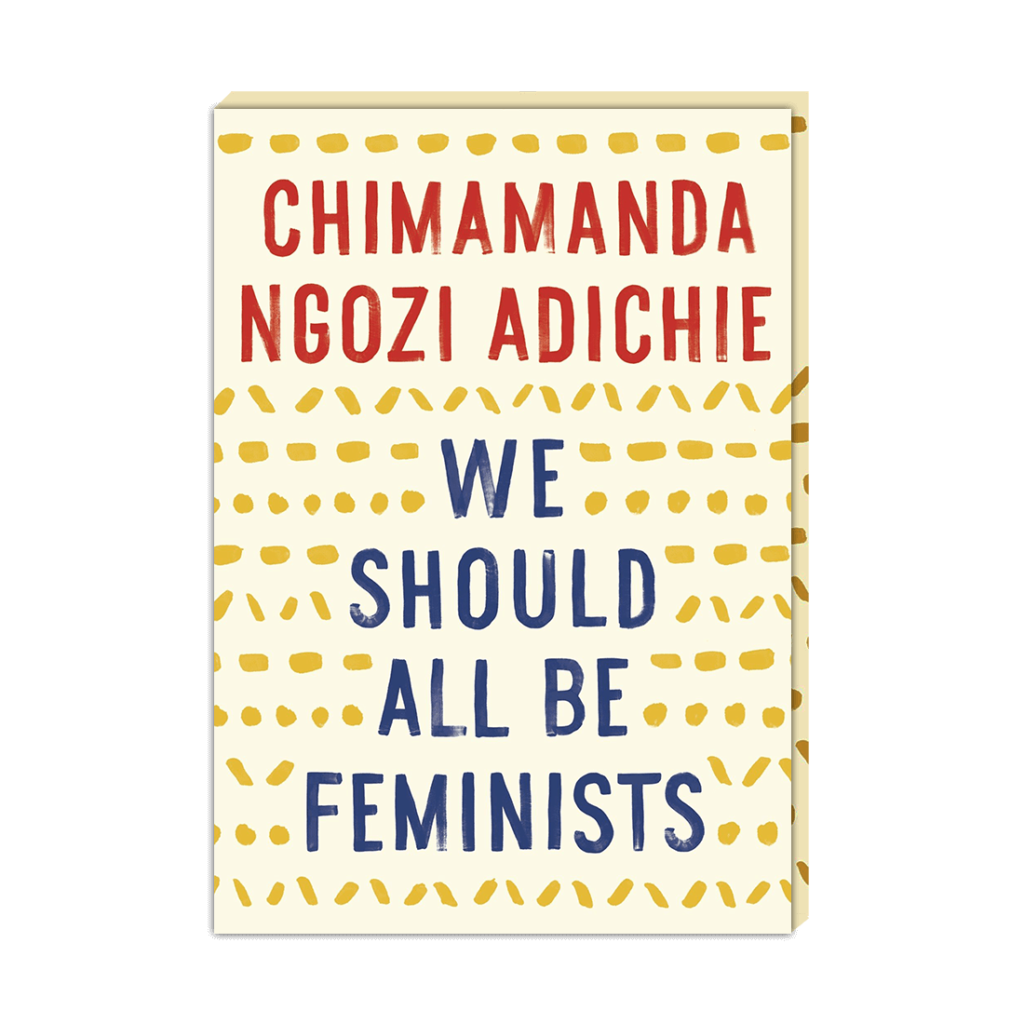 We Should All Be Feminists
by Chimamanda Ngozi Adichie
“I have read this book around 3 or 4 times now, and I think it is just such a powerful book. I wouldn’t say that it necessarily changed my life, but it definitely opened my eyes.”
BUY
4. 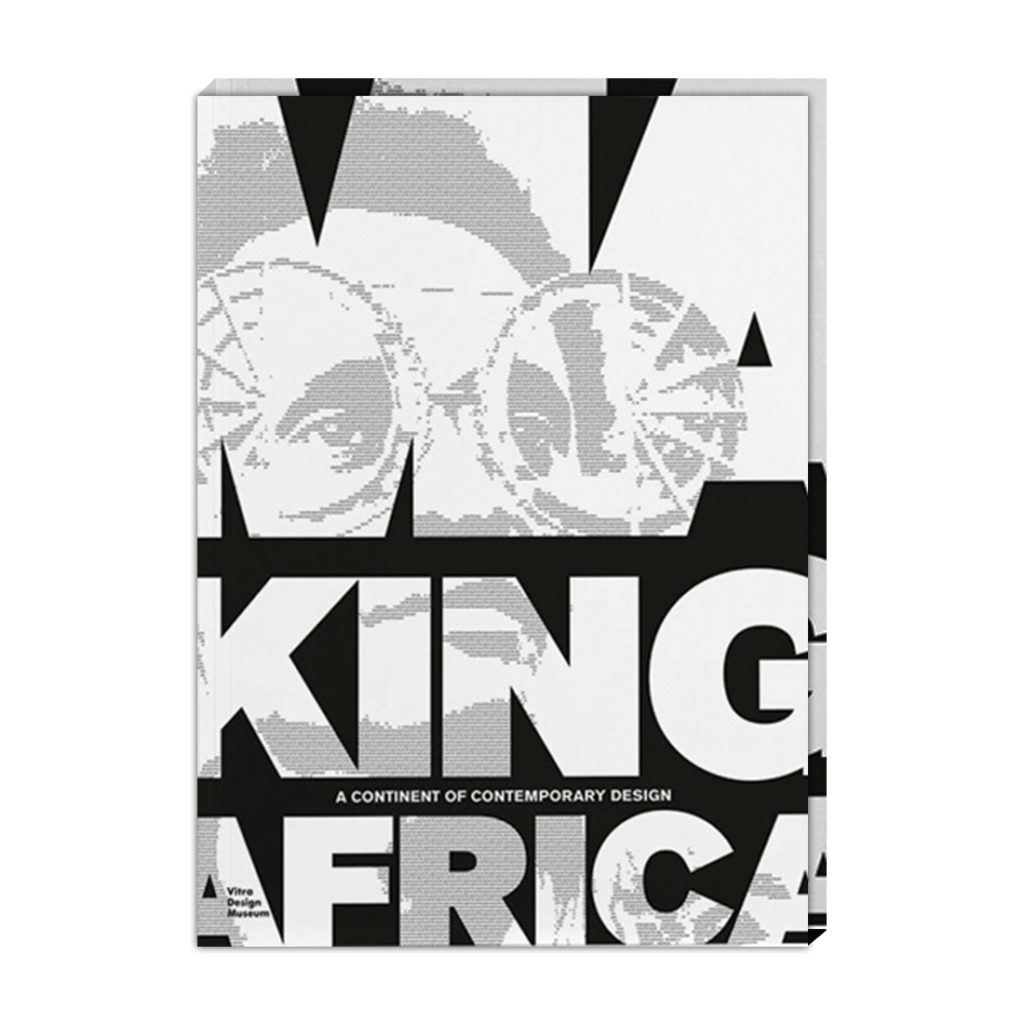 Making Africa
by Florens Eckert
“Another Art and design Bible for creatives! The book was made for an exhibition that was put on by the Vitra Design Museum in March 2015. The show was curated by Amelie Klein and consulting curator was the late Okwui Enwezor who sadly died 15 March 2019. The exhibition showcased the work of over 120 artists and designers from African Continent. The exhibition began in Basel, but it travelled around and was shown in The Guggenheim, New York, and Bilbao.”
BUY
ask Yinka.
"I would make it a rule that the exterior of every household in the world was colourful."
Get to know Yinka like you never have before.

What does the word “taste” mean to you?
Yinka:
For me, I relate taste to food, which I associate with community, and family. So togetherness!

Do you have a life motto that you live by?
Yinka:
Don’t always try and fix mistakes.

What was the last thing that made you laugh?
Yinka:
A meme I saw on Instagram. It was of a young black man, who in light of the recent controversy caused by the Sainsbury’s advert, over its lack of diversity, videoed himself diddy boppin into Sainsbury’s.

What are your favourite qualities in a human being?
Yinka:
Honesty.

Who is your hero?
Yinka:
My Mum and Dad. They have achieved so much, and I respect how selfless they had to be when they moved to London.

What is your biggest flaw?
Yinka:
I have high standards. I am a perfectionist. Well I try to be!

What is your best quality?
Yinka:
I believe in people, even when they don’t always believe in themselves.

What would your last meal on earth be?
Yinka:
Pounded yam, which is a traditional Nigerian cuisine, with spinach and goat meat. I would have it with a bottle of imported Nigerian Guinness.

What does success mean to you?
Yinka:
Being able to celebrate with your loved ones and keeping the people you grew up with close to you.

If you had the power to change anything you wanted in the world, what would you change?
Yinka:
I would make it a rule that the exterior of every household in the world was colourful. 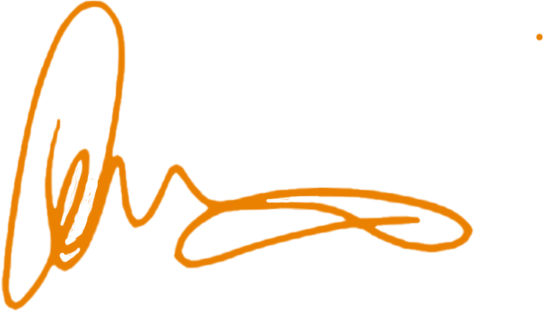